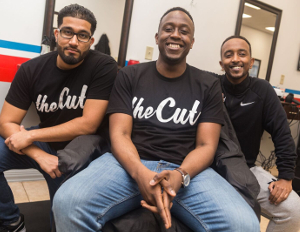 Republic, an equity crowdfunding platform, was launched in the summer of 2016, just as the Securities and Exchange Commission implemented Title III rule of the JOBS Act. The new rules allowed average members of the public to invest in early-stage companies—one which Republic said has allowed it to democratize access to capital for founders. Two years in, with $7.5 million raised by startups, the company is releasing a report that explains the non-level playing field for female and minority founders—and proves that when they are funded, they succeed.

“We’re really proud of what we are working to achieve in the startup funding landscape,” Caroline Hofmann, chief operating officer of Republic, said. “If a founder is able to excite people around them, there is no reason for them not to be funded.”

It is a well-known fact that women and founders of color are often overlooked by traditional funding sources. So much so that Backstage Capital had to establish a $36 million fund that will invest exclusively in black women-led startups. As of March, 25% of total investments ($1.875 million) on Republic has gone to companies with underrepresented founders of color and 44% ($3.3 million) has gone to companies with at least one female founder, beating the national venture firm average of 1% and 13%, respectively. In total, companies with at least one founder from a traditionally underserved group (females, immigrants, veterans, founders of colors) have raised $6.8 million on the platform.

Obi Omile, the founder of The Cut, a mobile platform that is modernizing the barbershop experience, said Republic enabled him to galvanize a very dedicated portion of his user base to invest in the company. He launched a crowdfunding campaign on the platform to raise $50,000 by March 23 but the company raise $98,453 from 422 investors.

“The campaign resulted in us gaining free brand ambassadors who are now aligned with us in terms of the success of the business,””Omile said. “The better they do, we do, so they are very active and engaged on our behalf on social media and offline in promoting The Cut.”

Just about anyone can invest in companies on Republic—regardless of income or net worth. It lets non-accredited investors (those with limited investment experience) give capital to dozens of startups for an equity stake. The limitation: investors with annual salary or net worth less than $107,000 can only invest up to $2,200 or 5% of their income or net worth. If one’s income and net worth is equal to or greater than $107,000, Republic allows an investment of up to 10% of one’s annual income.

Hofmann said Republic doesn’t see itself as an opposition to venture capital firms at all and instead, the company “provides a gateway to institutional funding and brings the spotlight to companies that would have been otherwise overlooked.”