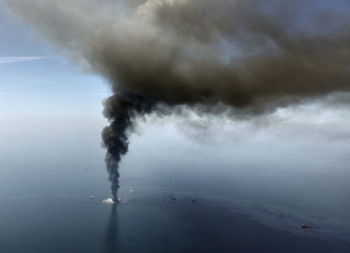 A woman by the name of Crystal Lani Kitt was arrested by federal agents on Tuesday on charges that she helped make more than $900,000 worth of fraudulent claims related to the 2010 Gulf of Mexico oil spill.

Crystal Lani Kitt has been indicted by a federal grand jury in Mobile, Alabama after being accused of helping to prepare more than 100 bogus claims in the names of other people, including some who were unaware of the scheme. Kitt supposedly used her own personal bank account to deposit checks written out to those whose names she surreptitiously used.

With dozens of people prosecuted on fraud charges since a well-owned by BP Oil spilled millions of gallons of oil into the Gulf back in 2012, few – if any – have ever been involved in laundering a large amount of money. “It is a gargantuan amount of money,” says Tommy Loftis, a spokesman for the U.S. Attorney’s Office, who could not immediately say if there has been any other oil claims fraud cases that involved more money than the $900, 000 usurped by Kitt.

Kitt and other members of the scheme used addresses from Mobile in documents and submitted to the Gulf Coast Claims Facility, which BP created to compensate residents and businesses harmed by the oil spill.