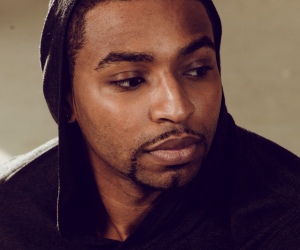 Sometimes it takes one person to change the outlook of many people, specifically if they can relate to that person. Outside of Arthur Ashe, tennis was a sport that black people had very little interest in, until the Williams sisters came around. Not only was there a black girl who was making waves, it was 2 sisters in every sense of the word.

And to make it even better for those watching, they were from the streets of Compton, previously known for birthing one of the most controversial and successful hip-hop groups, N.W.A. But, seeing 2 teenage girls from the streets of LA, not only playing tennis, but dominating everyone they came across brought more eyes and dreams to black people who had no interest in a sport that they can now say have 2 heroes that they can be proud of.

Enter the next person who will have the same effect if everything works according to plan. Cullen Jones, Bronx, NY bred swimmer who doubles as an Olympic silver and gold winner, who hopes to encourage more black kids, excuse me, more black people, to take up the sport of swimming. He plans to ‘Make A Splash’ in his cross-country mission to introduce the sport of swimming to black youth while educating others about the benefits of going in the water.

BlackEnterprise.com: With the Earth being 70% water, why do you think, according to research, that 70% of blacks can’t or don’t swim?

Thanks to the hard work and research of the University of Memphis and the USA Swimming Foundation’s Make A Splash initiative, we now know that there are 3 major reasons why African Americans don’t swim.Â  The #1 reason is fear, which trumps all other factors; 2. Is parental backing; and 3. is physical appearance.

What made you pursue swimming as a hobby and then as a career?

My first introduction to swimming was almost drowning in a pool at an amusement park called Dorney Park. After my near death experience, my mom got me into swim lessons. I saw my first swim meet at the age of 8 and wanted to join a team because I became so competitive with all the swimmers from the stands. It was only until I swam in my first practice that I realized that this didn’t come as easily to me as basketball. I enjoyed the challenge. After winning NCAA’s my senior year in college, I had Olympic aspirations and tried out for the Olympic Trials in 2008.

You were recently in New York to help promote the USA Swimming Foundation’s Make A Splash initiative, which teaches children how to swim in an effort to stop drowning in the US. Why did you decide to join this worthy cause and what plans do you have to get the word out and help promote the importance of knowing how to swim?

Shortly after winning my first Olympic Gold medal in 2008, a friend of mine showed me the drowning rates of African Americans and Hispanics and asked me: “Do you know what you can do for the sport of swimming?” Soon after, the USA Swimming Foundation and Phillips 66 approached me about becoming the spokesperson for the Make A Splash initiative (www.makeasplash.org). I signed on without hesitation…this was my way of giving back to my sport and my community that has given me so much.

Through the USA Swimming Foundation’s Make A Splash initiative presented by Phillips 66, children all over the US can go to one of the 600 local pool partners and get swim lessons; much like the lessons I received after my near drowning incident. So far, the Make A Splash initiative has helped 1.8 million children across the U.S. learn how to swim and I’m so honored and proud of the work we’re doing. I also travel from city to city (flashing the medals:-) ) getting parents and children excited about learning to swim. Swimming is a life skill that everyone should know. It could save your life.

Once you turn your hobby into a money-making opportunity, it becomes your business, how do you handle your business opportunities now and when you are in the midst of competing?

Yes, swimming has now become my “business,” but every time I dive in the water whether it be at practice or a swim meet, I try and remember the 8-year-old in the stands that fell in love with the sport. Yes, there is more at stake but I handle my business just like I tackled the monster task of trying to be the best in the world; one event at a time. I have been active at public and motivational speaking for the past six years and it has been an equally important job for me. I write my own speeches and have been able to speak to a variety of different audiences, from a crowd of 2000 to CEO’s of billion dollar companies. It has been a pivotal part of my business.

You have an endorsement deal with Speedo, what does this entail and how will this build your brand?

We’re in an environment where athletes are now the ‘brand’, do you have anything in the works or planned that will add to your brand? Any aspirations outside of swimming?

Yes, I love fashion and I’m looking to develop my own clothing line.

We all usually have a code we live by, what is yours and why?

My code has always been “Dare to be Different.” Swimming has always been considered different in the black community. All my life I have felt like I was treading on unpaved ground. I was not aware there were other black swimmers swimming at the same level. I felt alone. I needed to find my own motivation, and I found it in that code.