This spring, the American Black Film Festival held its first ABFF Greenlighters Academy, a two-day boot camp in which five fellows mostly from historically black colleges met industry professionals, engaged in roundtable discussions, and learned what it takes to pursue a corporate career in the film industry. 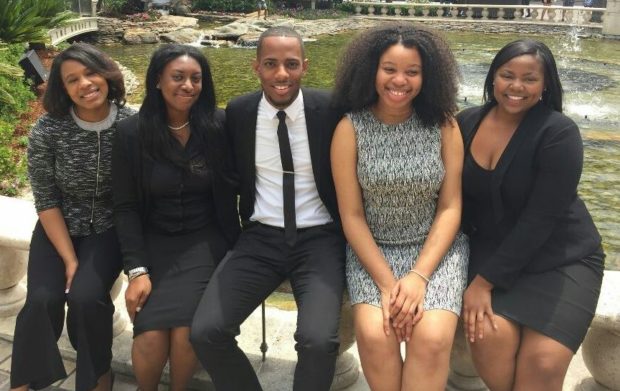 Two of the fellows have been offered top-tier summer internships, and one is being considered for a full-time post at HBO.

Te’Shone Davidson is a junior Journalism and Mass Communication student who specializes in public relations at North Carolina A&T State University. Davidson has been asked to participate in a Creative Artists Agency-produced program during ABFF this summer.

K. Giselle Johnson graduated with honors from Howard University as a Film and Television major with a minor in Theater Arts. Johnson will begin an internship at Viacom in Los Angeles this summer.

Allan Meade graduated with honors from North Carolina A&T State University with a degree in Journalism and Mass Communications. He is being considered for an entry-level position at HBO.

Chinedum Nwaigwe studies Film and African & African-American Studies at Dartmouth. She also chairs the Black Underground Theater & Arts Association, following in the footsteps of former presidents, including writer and executive producer Shonda Rhimes. She will begin an internship at Facebook this summer.

Maya Smith is a senior at Clark Atlanta University where she studies Mass Media Arts with a concentration in Public Relations. She has been asked to participate in a CAA-produced program during ABFF this summer.

When Meade was asked what he learned during the two-day program, he responded, “What didn’t I learn?” hinting at the program’s broad sweep and exposure.

With a goal of providing the information and access needed to steer the Fellows’ career toward corporate leadership positions, the ABFF Greenlighters Academy Fellows “attended sessions with top corporate entertainment executives who described their career trajectory, conducted ‘Day in the Life’ seminars, and engaged … in ‘Ask Me Anything’ roundtable discussions,” according to an ABFF spokeswoman. The Fellows also visited the office of FOX Studios and the corporate office of Creative Artists Agency.

They met more than a few heavy hitters too, including Kevin Hart, Ava Duvernay, Joey Chavez of TNT and Tim Story, founder of the Story Co., as well as Devon Franklin, with whom they enjoyed a power lunch; and other executives like Kelly Edwards from HBO and Stacy Milner, founder of the Entertainment Industry College Outreach Program.

From learning how projects actually get “green lit” to the formula for acquiring/licensing content and meeting reps from various studios, the two days ended with each student’s metaphorical cup running over.

For more information about the ABFF Greenlighters Academy, go here.