CUNY Start Prepares Students for College-Level Math in One Semester 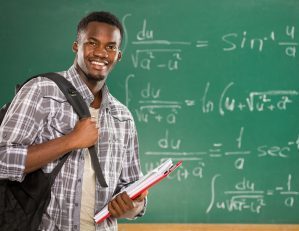 When my family and I lived in Rockland County, we had friends whose daughter almost didn’t graduate from college because her math skills were so poor. After a bit of sleuthing, she cobbled together a program of study that didn’t require math—or very little of it. She eventually earned a degree.

As I’ve written before, avoiding math isn’t the answer. So, I was heartened when a friend sent me the recent New York Times article, Ending the Curse of Remedial Math, which describes a City University of New York program that prepares students for college-level math in one semester.

Called CUNY Start, it almost sounds too good to be true—but it is.

From a Gap to a Chasm

Math isn’t taught well in this country, which I’ve stated before. It is in some schools, but they tend to not be in low-income communities of color. Sadly, kids who attend low-income, uninspiring schools and don’t grasp second-, third-, and fourth-grade arithmetic don’t catch on later by osmosis.

Over time, the math gap becomes a chasm, and, for many students, it becomes one of the main reasons to drop out. These students also sustain psychological damage. Many grow up convinced that the fault is theirs—that they’re “bad at math.”

And taking remedial—also called developmental—courses, which do not earn credit and do not move students toward a degree but cost no less than credit-bearing classes, is a graveyard for most. According to the New York Times, only 15% of students who take developmental courses at two-year colleges graduate on time.

Fortunately, it seems that CUNY Start may be providing an answer, and thankfully, it isn’t being hidden under a bushel. Even high school teachers, who teach kids before they get to college, are getting trained in the CUNY Start teaching model. (There’s an idea!)

“Can you simplify this square root?” Erica Fells asks her class, and hands wave in the air. All but one of the students believe that it’s impossible to do so. The dissenter, Leslie Alcantara, lays out her argument. “What do the rest of you think of Leslie’s reasoning?” Ms. Fells asks, and after some back-and-forth, they agree — she’s correct.

These students have been admitted to one of the City University of New York‘s community colleges. They didn’t score high enough on CUNY’s math, reading, and writing tests to take the college credit courses they must pass to earn an associate degree, so they were steered into a catch-up program called CUNY Start. Its track record shows that, with good teaching and I-have-your-back counseling, youths who otherwise would likely drop out have a solid shot at making it.

The strategy is working: More than half the students who complete the program are ready for college in just one semester, something that’s almost impossible with regular remedial courses.

At the start of the term last fall, Ms. Fells told me, many of the students couldn’t handle negative numbers and decimal points. Ten weeks later, they have powered through arithmetic to algebra and are ready for college math.

CUNY Start holds some clues on how to solve an education crisis. Nationwide, only 35% of those who start community college receive any form of credential within six years. At urban community colleges, the six-year graduation rate is only 16%.