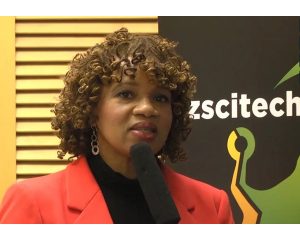 Loretta Cheeks is a modern day “hidden figure.â€ The Hidden Figures movie educated the public about brilliant, yet not well-known, black women in STEM from the past. Cheeks is one of today’s African American STEM professionals who may not be household names in the black communityÂ but have achieved remarkable success in their careers; contributed greatly to the science, technology, and engineering fields; and routinely give back.

The Ph.D. candidate developed systems and headed up teams within the communications, radio, avionics, instrumentation and control, and chemical industries. A native of Baton Rouge, Louisiana, Cheeks’ career spans two decades where she held keyÂ technical and engineering roles with several prestigious companies including Westinghouse and Honeywell Aerospace.

A Weekend of STEAM

Strong TIES will hold an upcoming event in Phoenix on the weekend of Feb. 17-19, called Turn Up for STEAM.

The event is free and will be held at Phoenix College. It will serve approximately 120 underrepresented and underserved (50% African American, 47% Hispanic, and 3% other) kids, ages 13-18 who fall behind in science and math achievement.

Event activities include “Hip-Hop and Music the Bridge to Understand Algebraâ€ and a “mini Code Hackathon.â€ Hip-hop and music will be leveraged to introduce the students to coding using visual arts and music software platforms.

Students will have access to college financial aid and college readiness workshops. On Sunday, there will be a panel discussion, “Turn Up for STEAM Presentation and Demonstration: A Celebration of Hidden Figures in Honor of Black History Month.â€ The panel is open to all in the community.

On Often Being “An Onlyâ€

“As a research scholar and industry professional in computer science, unfortunately, I am often the ‘only one’ in the department (both corporate and academics),â€ says Cheeks in a statement via email.

“What I have found out over the 20-plus years while working in a STEM career, [is that] it isn’t intellect that is lacking for many who have an interest in STEM or tech, rather it is a lack of access to critical resources that enables an equal playing field. For instance, when I ask students (and adults) why are math and science important? Often the response is math (and science) is hard. However, if I were to show students through experiential learning or play how math is used as a tool for expressing relationships, they will totally get it.â€

She explained that Strong TIES holds this event to not only give students insight into work being done by “amazing people in the community,â€ but to also give an introduction to computer science principles as well as coding using culturally relevant tools such as hip-hop music.

One student, Zayn, participated in the Turn Up for STEAM last year. “Turn Up for STEAM inspired me to work toward having a career in STEAM. One of the reasons I like STEAM is that it incorporates art, another career I am considering. Turn up for STEAM also led me to other technology programs during the summer,â€ said Zayn.

“Our goal is to create an innovative and creative atmosphere for safe discovery for becoming our next generation tech entrepreneurs by giving them best in class skills and learning experiences,â€ says Cheeks.