How Customers Are Changing the App World 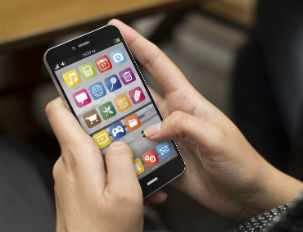 “There’s an app for that.â€ That phrase has become shorthand for our current reality. These days, consumers depend on their mobile devices for everything from reviews to price comparisons. And this trend is growing:Â according to Pew Research, 74% of adult smartphone owners use their phone to get directions or other information based on their current location, a boon for savvy retailersÂ whoÂ are finding an effective app is the best way to engage with customers and prospects.

At my company, Yeti, we work with a variety of companies looking to engage customers and prospects with apps, and in doing so, we’veÂ learned a lot about what’s working nowÂ (and what isn’t).Â For example, weÂ worked with a health-focused consumer product company focused on selling fresh food to their customers. AfterÂ testing, we discoveredÂ that enabling users to track their produce and measure both their ownÂ and their family members’ consumption were added benefits–thingsÂ that users really enjoyed and that brought them back into the app again and again.

This experience and others I’ve had point to some criticalÂ trendsÂ converging to fuel the demand for apps that increase customer engagement:

TonyÂ Scherba is the President and Founder of Yeti, a product focused development and design studio in San Francisco. Yeti works with companies from large enterprises to startups on building innovative products that blend the physical and digital world.