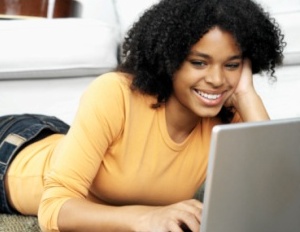 Cyber Monday, a day that most expected to complement the notorious Black Friday, has turned into a money machine all its own.

Last year, for the first time, the Monday after Thanksgiving was the biggest online shopping day of the year in sales. Spending on Cyber Monday 2010 surpassed $1 billion, according to comSCORE.

And with this year’s record-breaking Black Friday sales, online retailers are preparing for today to be one of the biggest shopping days of the season.

The 2011 Soul Train Awards premiered on Centric and BET this Sunday, and the star-studded event was nothing short of memorable performances–good and bad.

The awards ceremony, hosted by Cedric the Entertainer, recognized this year’s accomplishments in black music.Â  R&B crooners raked up on awards: Miguel snagged the award for Best New Artist and Chris Brown received the Album of the Year Award for FAME.

Get the full list of winners and highlights at News One…

It appears that the National Basketball Association players and owners have finally occupied the lockout.

NBA Commissioner David Stern announced Saturday that the 2011-2012 regular season will start on Christmas Day with a tripleheader.Â  The season will be 66 games long.

But according to Billy Hunter, executive director of the National Basketball Players Association, there is more work to be done.

“What we have to do is obviously sit down with the litigants because it has to be solved in the context of litigation,” said Hunter.