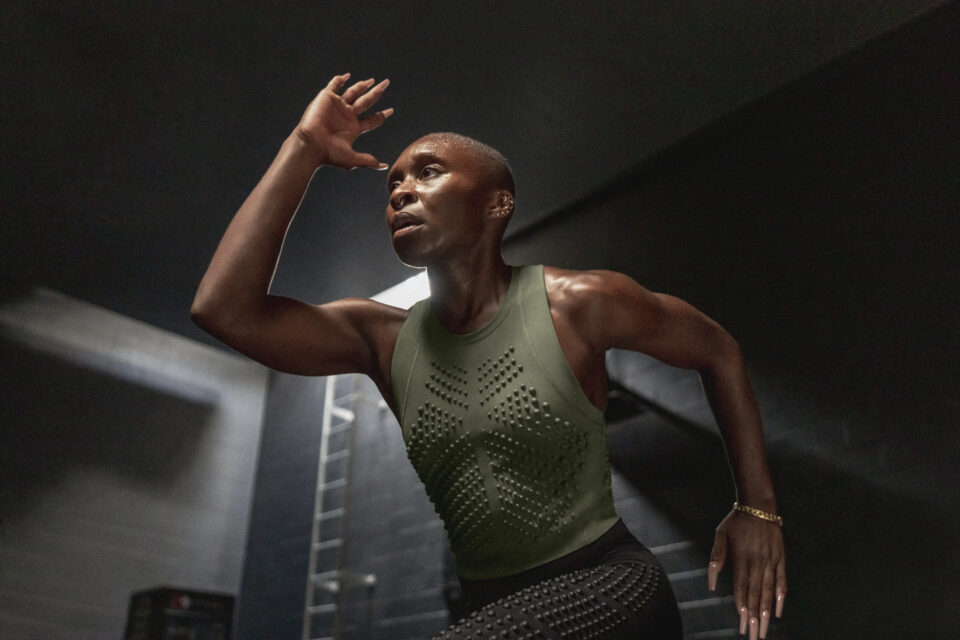 Singer/actress Cynthia Erivo is expanding her business portfolio in a way that aligns with her health and fitness goals.

Cynthia is an avid gym-goer and fitness fanatic who served as an inspiration for much of what Omorpho represents. The Harriet star recently teased her partnership with the company and what’s to come in an Instagram post.

The name Omorpho, derived from the Greek word for “beautiful,” aims to create quality new-age products that work to make people’s lives better. With Erivo being an advocate for health and wellness, aligning with the company helps the UK native stay true to her fitness goals despite her busy filming schedule.

“I always wanted to find a sports brand that felt like it spoke to what I believed in when it comes to working out and fitness,” Erivo told BLACK ENTERPRISE. “This just felt cool and different and thoughtful, and clever as well.”

The GENIUS: Aretha star said it was a “no brainer” to invest in Omorpho after reviewing their deck and seeing the “brilliant” science behind it.

“When I tried it myself, I fell in love with it. I like how it feels. I like how it looks. And I like the ethos that it comes with,” she said. “The idea that you can work out and not realize that you’ve got any extra weight on you. When you take off, you realize how much weight you’ve been carrying. It’s actually brilliant.”

On the heels of Erivo being honored as one of Harper Bazaar’s Women of the Year, the booked-and-busy star is gearing up for the release of other projects she’s been working on including Pinocchio, Wicked, Luther and the TV series Roar.

Erivo has enjoyed a decorated career as a singer, actress, and producer and has noticed the visible shift in Hollywood where more diverse storytellers have been given a platform in wake of the racial unrest of 2020. It’s something she does think is a mix between being a trend as well as a new awakening in the entertainment industry.

“I think two things can be true at the same time. I think that it may be a sort of like a trend in that people are starting to want to follow suit,” she said. “But I do think that there has been a bit of a waking up in Hollywood, whereby there has to be space made for Black storytellers and storytellers that are different because their experiences are also valid.”

Just one award shy of being part of the EGOT club, Erivo has enjoyed a decorated career at the young age of 34. Having had the pleasure of portraying some of the most prominent women in Black history like Harriet Tubman and Aretha Franklin, Erivo shared what she says to herself in the mirror after celebrating a big life win.

“Well done. You did a really great job,” she said. “Because it’s not easy to get to those places. And I try and remind myself to be in the moment when it’s happening.”