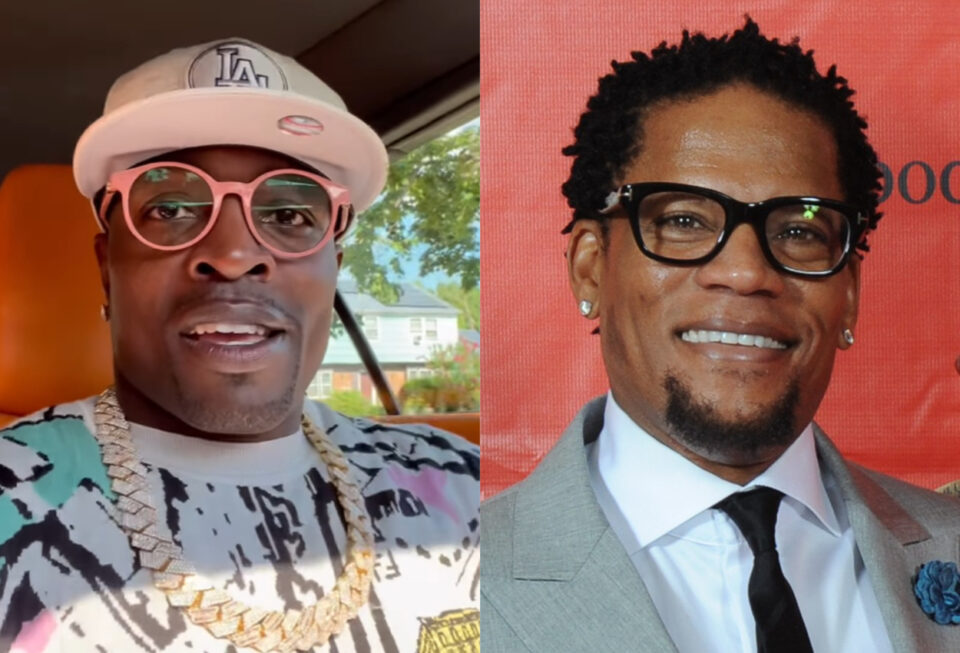 It seems that Bishop Lamor Whitehead is doing more preaching online than in the church these days.

The pastor was allegedly robbed of more than $400,000 of jewelry and other worldly items while preaching a live-streamed sermon. Whitehead is offering up to $1 million—not to his parishioners or any community program—to box radio personality and comedian D.L. Hughley.

Whitehead made the offer because he was upset over his interview with Hughley, one of the original Kings of Comedy and a former sitcom star. As he drove in a vehicle, Whitehead recorded a video challenging Hughley, a little man. He reiterated that the radio host was disrespectful, “ambushing” him during his talk with him. To settle things, Whitehead wants to physically fight Hughley in a “celebrity” match, promising to knock him out “in the name of Jesus.”

“Meet Me In The Boxing Ring Tuff Guy! So I Just Finished A Interview With DL Little Man Hughley And All He Tried To Do Was Be Disrespectful And Embarrass Me! Sorry DL Wrong Preach! Let’s Box This Out! Meet Me In The Ring You Punk! As He Admitted To Being A Womanizer And I Defended All Women He Because Upset! MEET ME IN THE RING SHORT MAN! I WILL MAKE SURE WE PUT UP 1 MILLION SO I CAN KNOCK YOU OUT IN THE NAME OF JESUS! @worldstar @balleralert @theshaderoom @breakfastclubam LETS HELP DL HE NEEDS RATINGS”

The Shade Room captured an exchange between the two and posted it on their Instagram page.

Before this latest bout of headlines, Whitehead was accused of stealing $90,000 from a 56-year-old congregant named Pauline Anderson in a lawsuit filed in 2021, per the New York Post. Whitehead has denied Anderson’s claims.