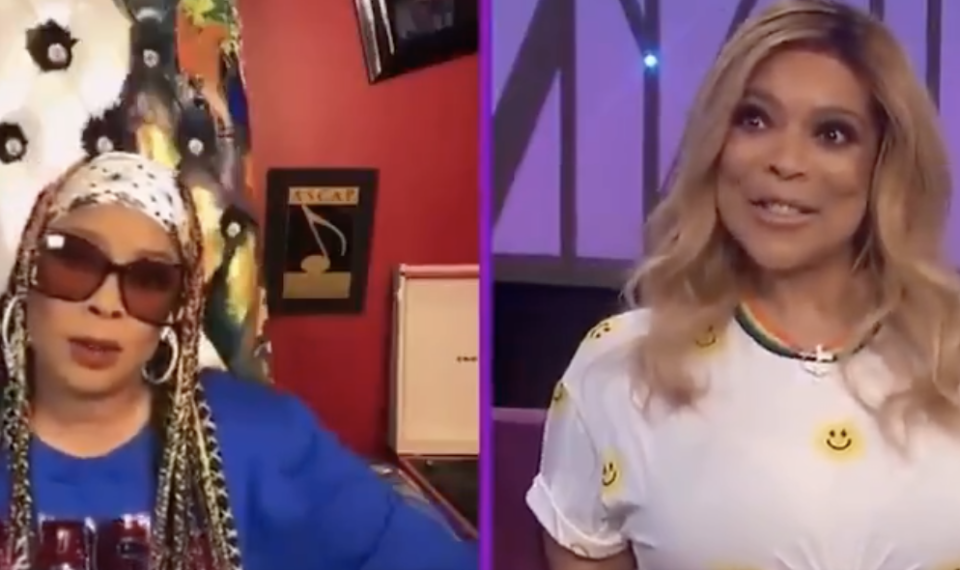 Media personality Wendy Williams got a taste of her own shady medicine during a recent interview with a notable female rapper.

On Friday, Da Brat appeared on The Wendy Williams Show to promote her new reality show with her fiancée Jessica Dupart. The segment started ok, but it took an embarrassing turn when Williams implied that the “Funktified” rapper, whose real name is Shawntae Harris, tried to push up on her.

Williams alluded to her popular “Hot Topics” segment of her show where she assumed that Da Brat’s concern was some unrequited love interest.

The openly gay rapper asked the hostess to recap the segment.

“I came in on you saying something a little bizarre. Can you rephrase and rewind and tell me what you said, girl?”

“You got a strong pickup game – unless that’s how you always speak to attractive women,” she purred.

Da Brat asked, “So do you think I tried to pick you up?”

The rapper, unaware of the situation Williams referenced,  asked for clarification.

“I’ve got receipts in my phone,” the brazen talk show host responded.

DaBrat got her all the way together, ate her up and left no crumbs 💀😩 pic.twitter.com/kqqafbMl94

Da Brat elucidated the incident, explaining, “The last time we talked, and I texted you, it was after I saw your documentary, and I felt like you ain’t got no real friends, and I wanted to be your friend, so I called to check on you.”

“Nope. You fly, but not for me. I already have my baby too. I have my forever already. I would never disrespect or do that – at all, ever,” Da Brat said.

Williams continued testing the nonexistent waters. She asked if Da Brat was single would she have a shot.

The “That’s What I’m Looking For” rapper stuck to her guns.

“No. I love you, but I wouldn’t want to get with you like that. I just wanted to be your friend ’cause I felt like you showed your vulnerable side. You’re human like the rest of us.”

🤣This is why y’all need to stop stereotyping gay women. We don’t like every women we interact with. Some of us are picky AF.

I have mad respect for DaBrat reaching out to Wendy after her documentary. That was nothing but love. It’s a shame Wendy tried to sexualize it. I hope she learns something today and listens to what DaBrat is saying to her.

That looks you give when you go groveling for attention but get read cover to cover. pic.twitter.com/pcym4yt2aI