Why I Support DACA as a Teacher, a Black Woman, a Christian and a Human Being 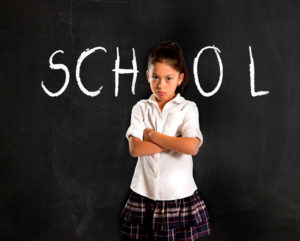 “In the end, we will remember not the words of our enemies, but the silence of our friends.”
—Dr. Martin Luther King Jr.

For the past nine of my 14 years teaching, my students have been predominantly of Mexican descent. As an African American, I struggled to communicate with some of my students’ parents who only spoke Spanish. So what did I do? I took three years of Spanish classes at night and on the weekends, and I even traveled alone to Guatemala for three weeks of immersion in the language.

I never really became fluent, but my efforts were enough to earn the respect of the families I served. They knew that my broken español was my way of doing whatever it took to help their children learn.

As a natural-born American citizen, I do not have issues with my “papers”—as my families with documentation issues would call them. But I cannot stay silent as some 800,000 students like mine live in constant fear of deportation should President Donald Trump repeal the Deferred Action for Childhood Arrivals (DACA) program that protects undocumented immigrants who were brought to the United States as children.

It’s only been in the last two years that I learned which of my former students were in the U.S. legally and which ones were not. President Trump’s campaign message about building a wall along the Mexican border caused some of them to come out of the shadows in protest. Others revealed to me that they were undocumented because they were drawing close to high school graduation and they wanted me to help them find scholarships to pay for college.

At 16, 17, 18 years old, they consider the Southwest Side of Chicago their native land. And while the Mexican side of their family was very real through pictures and phone calls, they never actually smelled the mountainous air of their abuelo‘s country ranch, and could never recall the soft touch of their abuela‘s wrinkled hands.