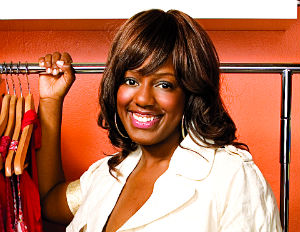 According to reports, Daisy Lewellyn, author and cast member of Blood, Sweat &Â Heels, has died after a battle with a rare liver cancer.

The bubbly style expert and reality TV personality who loved bright colors and wore the best wigs (and named them accordingly), penned Never Pay Retail Again: Shop Smart, Spend Less, and Look Your Best Ever in 2010Â to help fashionistas not only acquireÂ top brands, but avoid breaking the bank inÂ doing it.

She has also served as an editor for magazines including Glamour, InStyle, and Essence, and sheÂ was host of BlackEnterprise.com‘sÂ “Working Your Style”Â series offering tips and beauty secrets for professionals and executives on top products for corporate luxuryÂ and top trends for upgrading your office style profile. Her insights were also featured in the magazine’s July 2007 issue.

Lewellyn’s battle with cancer was no secret, as after her diagnosis in February 2015 she talked about her first reaction and dealing with the news. “It was kind of shocking,” she told MadameNoire in an interview. “But also when I was diagnosed, I remember some of my immediate thoughts being like, ‘Well you know what? I’m not afraid to die.’ It wasn’t like I wanted to die, and it wasn’t like I didn’t want to live because I absolutely love my life and I’ve always loved my life, but they told me it was stage three cancer. I was like, ‘Well, if it’s my time to go, I’m okay with it.'”

“We are devastated to learn that Daisy Lewellyn from ‘Bravo’s Blood, Sweat & Heels‘ has passed away this morning after a battle with a rare form of Cancer. Daisy passed on in peace and filled with joy, surrounded by her family and friends. We are all saddened to lose this wonderful woman. Our thoughts and deepest sympathy is expressed,” Bravo TV, the network of the show in which she co-starred, said in a statement.

Many of Lewellyn’s colleagues and friends have offered their condolences via social media:

Sending my prayers and condolences to the family of @daisylewellyn. May she rest comfortably in the hands of God. RIP you stylish beauty xo

My deepest condolences to the family of @daisylewellyn RIP https://t.co/D1Q1fTwfPt