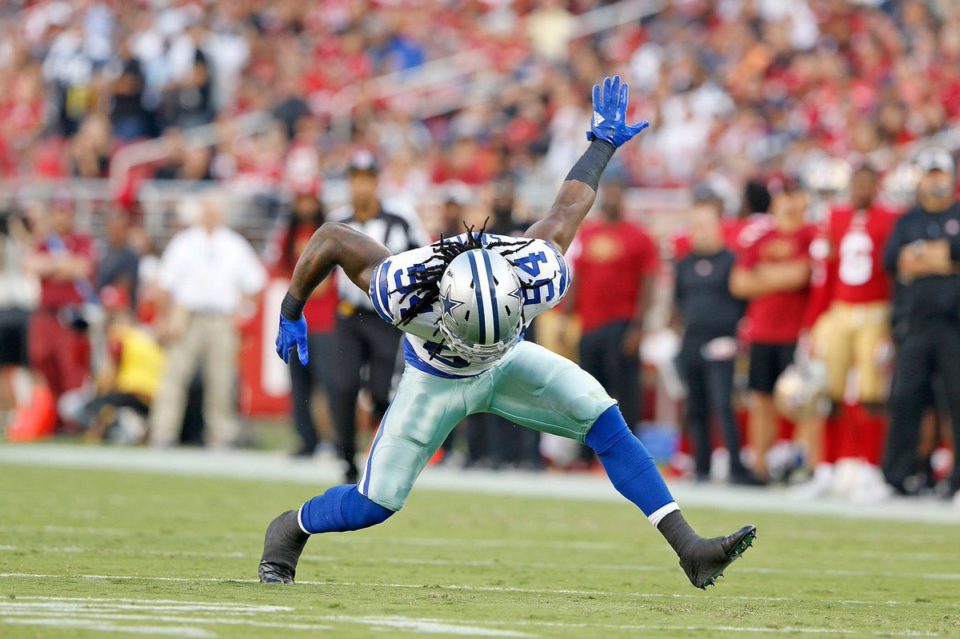 The Jaylon Smith Minority Entrepreneurship Institute (MEI) is partnering with Commonwealth to host the 2021 MEI Florida Showcase and Pitch Competition.

The competition will be held in Tampa, Florida, on July 9 and will focus on Black, LatinX, and female founders. According to Crunchbase, Black and Latinx founders raised just $2.3 billion in funding, which represents less than 3% of the total $87.3 billion in funding that went to all founders last year.

MEI’s competition will allow entrepreneurs to pitch their ideas to a panel of celebrity judges for a prize of $200,000 in capital. The judges include Smith, Calano Managing Partner Aaron Solano, NFL Hall of Famer Derrick Brooks, and Allie Felix, a vice president at Embarc Collective.

“We’re thrilled to be one of the judges for this year’s MEI Pitch Competition,” Felix said in a release. “We firmly believe that entrepreneurship can be one of society’s great equalizers, but it can only work if investors are willing to meet minority founders where they’re at. This event is an incredible opportunity to bring startup investors to the Tampa Bay community.”

Applications are now open for the MEI Florida Showcase and will close on May 9.

The MEI was created by current Dallas Cowboys linebacker Jaylon Smith to equip minority entrepreneurs regardless of their background or experience, with the assistance to grow their business. In addition to the competition, MEI hosts educational events and distributes its founder playbook, which covers core issues such as sales, marketing, finance, and business operations.

“I am so excited for our third annual MEI Showcase,” Smith said in a statement. “The entrepreneurs from Indiana and Texas were outstanding and I am looking forward to supporting minority-owned businesses in Florida!”

Smith was expected to be a top draft pick in the 2016 NFL Draft but suffered a severe knee injury in his last college football game at the University of Notre Dame. He was drafted in the second round by the Cowboys and sat out his entire rookie season. Smith played in his second year, but in his third year he took off, making his first Pro Bowl and being named one of the league’s top 100 players.