Black Protester Severly Injured After Being Hit With Non-lethal Projectile 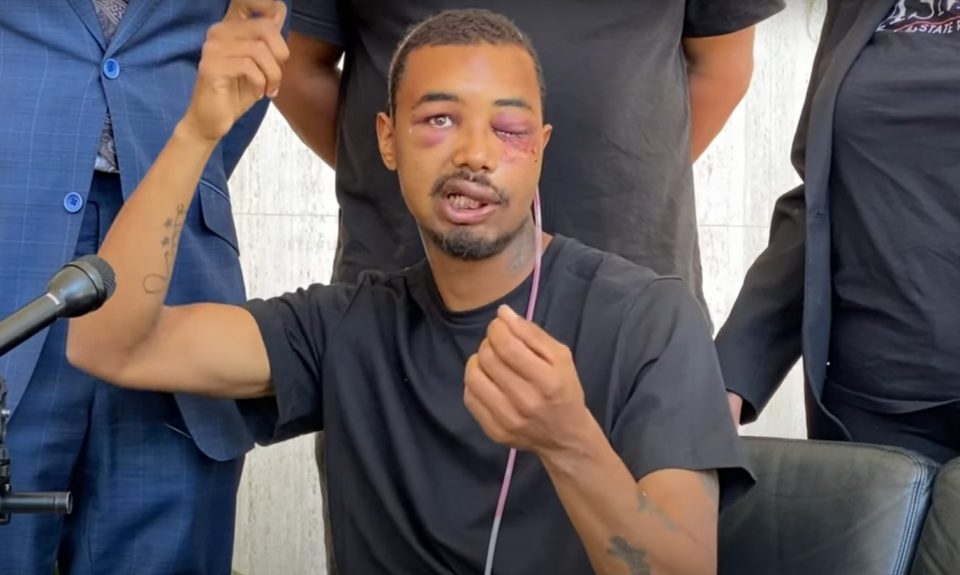 A black man lost his eye, seven teeth, and fractured the left side of his face when he was hit with a projectile fired by cops during a May 30 protest in downtown Dallas.

According to The Dallas Morning News, Brandon Saenz was looking for a friend during a May 30 protest when he came across a line of cops. A few seconds later, he was hit in the face with a “less-lethal projectile.”

Now, Saenz, his family, and attorneys are demanding Dallas Police Chief U. Reneé Hall denounce the incident and find the person responsible. The Morning News reported that Saenz spoke with two police officers about the incident Wednesday.

A series of photos on Twitter show a cork-like projectile thought to be what Sanez was struck with as well him laying on the ground in severe pain.

Saenz’s attorney, Daryl Washington, said the incident is another in a long line of incidents of the police attacking people who do not pose a threat.

“Brandon was out peacefully protesting police brutality and now he’s a victim,” Washington said. “We can’t continue to have innocent individuals injured by police officers who have taken an oath to serve and protect.”

The protests, which are still happening in more than 50 cities nationwide, are in response to the killings of Breonna Taylor, Ahmaud Arbery, and George Floyd.

Less-lethal ammunition, such as rubber or pepper balls, “should never be used to intentionally target the head, neck, face, eyes, or spine, unless deadly force is justified,” according to the department’s internal policies.

Hall said she supports the right of peaceful protesters and said she denounced the killing of Floyd. However another attorney for Saenz, Jasmine Crockett, said Hall’s comments ring hallow.

“We don’t need your words, I need your actions,” Crockett said. “She can actually let the community know—not behind closed doors—but in front of everybody, she can let them know, ‘I’m demanding this action of my officers. They fall under my command.’ She needs to strongly proclaim that she will not stand for this kind of violence.”