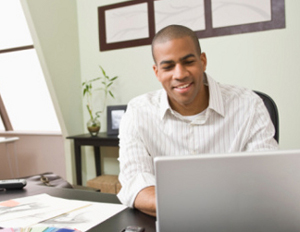 The latest free webinar from Verizon’s small business team onÂ April 2Â will feature award-winning broadcast journalistÂ Dan Rather. He will share leadership principles from the world’s most powerful leaders and explain how small businesses can benefit from those principles.

Rather, former CBS News anchor and 60 Minutes correspondent, has covered major stories all over the world for more than 50 years — from the Kennedy assassination, where he was the first to break the news that the president had been killed, to the Indian Ocean tsunami. For his unparalleled devotion to his craft, he was named the 2012 recipient of theÂ Edward R. MurrowAward for Lifetime Achievement.

Rather’s latest journalistic venture is the hard-edged news show “Dan Rather Reports,” broadcast on AXS TV, on which he is both host and managing editor.

The Verizon Small Business Ready Webinar Series is designed to keep small businesses informed to help them gain a competitive edge. All webinars are available for on-demand replay.Â  To view past webinars visitÂ www.verizon.com/webinar