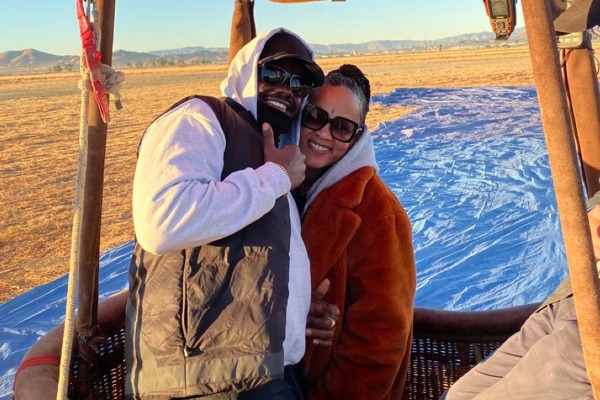 The Academy Award-winner typically makes media headlines for his acclaimed acting career and standout roles in films like Judas and The Black Messiah and Get Out. But insiders say Kaluuya has been curtailing advice from his agents and publicists due to Heir Holiness’ influence, Page Six reports.

Those with inside knowledge question the credibility of Heir Holiness’ background in life coaching. She identified herself as Kaluuya’s personal manager in a since-deleted LinkedIn page and as the “Head Mistress” for “The International Alma Mater, Blessed University.”

Heir was by Kaluuya’s side when he filmed Jordan Peele’s Nope in California last summer, and many started to speculate how she has gained so much influence over Kaluuya’s career.

“People on the ‘Nope’ set were very concerned that Heir had ‘taken over’ DK’s life and all decisions had to go through her,” an industry insider said. “I’ve heard there were multiple blow-ups, and the production people were afraid of her.”

“To be honest, we can’t quite figure out who she is…we really have no clue as his team has shifted camps,” a source admitted.

Holiness describes herself as “just a spiritual gangster serving a life sentence in a human body.” But her addition to Kaluuya’s team reportedly became a hindrance while filming his second horror film with Peele.

“Was everyone a fan of Heir on set? No,” an insider claimed.

It’s also said that Kaluyya fired his talent agents from the powerful CAA agency. A rep from the agency confirmed that Kaluuya is no longer one of their clients.

Kaluuya also parted ways with his publicist of four years from Shelter PR and fired his stylists and multiple assistants at the request of Holiness.

While filming Judas and The Black Messiah, Kaluuya reportedly flew Holiness to Los Angeles from Las Vegas every week for spiritual healing and a diet of herbal supplements to lose weight. The actor is said to have met her while on set for Black Panther.

Those who work for, or worked for, Kaluuya hope that he makes the best decisions for himself on his own and without the influence of Heir Holiness.

“Everyone who worked hard for Daniel is confused by all of this [upheaval] and really quite upset,” a source said.