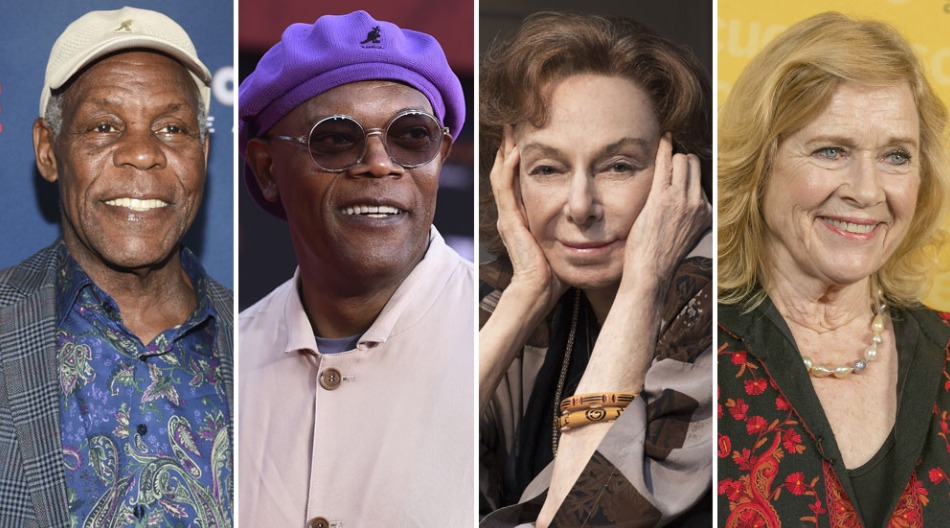 The Academy of Motion Picture Arts and Sciences announced that actors Danny Glover and Samuel L. Jackson will receive awards in January 15, 2022. Jackson will finally get his first Oscar. Image - Facebook

The Academy of Motion Picture Arts and Sciences announced that veteran actor Danny Glover will receive The Jean Hersholt Humanitarian Award, and an Honorary Oscar will be presented to Samuel L. Jackson on January 15, 2022.

The actors are among four honorees who will be recognized in a special manner.

“We are thrilled to present this year’s Governors Awards to four honorees who have had a profound impact on both film and society,” Academy President David Rubin said in a statement.

“Sam Jackson is a cultural icon whose dynamic work has resonated across genres and generations and audiences worldwide, while Elaine May’s bold, uncompromising approach to filmmaking, as a writer, director and actress, reverberates as loudly as ever with movie lovers.  Liv Ullmann’s bravery and emotional transparency has gifted audiences with deeply affecting screen portrayals, and Danny Glover’s decades-long advocacy for justice and human rights reflects his dedication to recognizing our shared humanity on and off the screen.”

The Governors Awards celebrates celebrities in an annual event which is granted by the Academy’s Board of Governors, as stated on the Oscar’s website.

Glover is a dynamic individual whose film credits include “The Color Purple,” the “Lethal Weapon” series, “To Sleep with Anger,” and  “Dreamgirls,” according to the announcement. However, Glover’s community activism stood out to the Board. He was selected as a recipient of The Jean Hersholt Humanitarian Award because of his ‘humanitarian efforts have brought credit to the motion picture arts industry.’ Per Glover’s website, the actor has garnered respect for longtime activism and philanthropic acts. These activities include serving as a Goodwill Ambassador for the United Nations Development Program and serving as UNICEF’s Ambassador.

Jackson is being honored with his first Oscar for different reasons. In 2011, The Hollywood Reporter wrote  about Jackson’s accomplishment of being ‘the highest-grossing actor of all time, according to the Guinness Book of World Records.’ The veteran actor’s movies have made over $7.4 billion, according to the article.

The Academy of Motion Picture Arts and Sciences’ announcement reminded that Jackson’s film career contributions are evident  in over 100  films. “Pulp Fiction,” “Spider-Man: Far from Home,” “Shaft, “Django Unchained,” and  “Do the Right Thing,” are just a small portion of Jackson’s noteworthy credits. The Honorary Oscar will finally honor the highly accomplished actor’s  “extraordinary distinction in lifetime achievement, exceptional contributions to the state of motion picture arts and sciences, or for outstanding service to the Academy.”