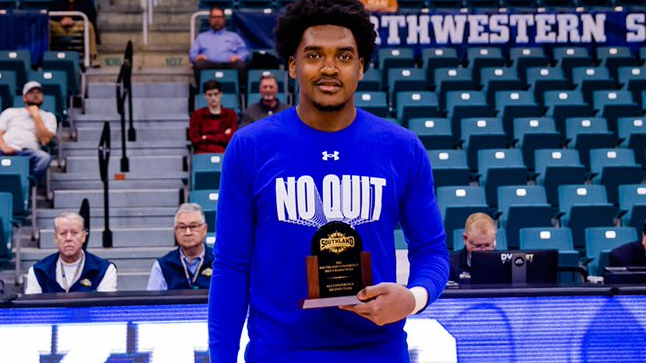 A popular college basketball player attending school in Texas was killed Monday morning in his hometown of New York City.

According to CBS News, Darius Lee, 21, was killed in a late-night shooting that wounded eight other people in Harlem, New York. Lee was a star basketball player heading into his senior year at Houston Baptist University.

The shooting took place in Harlem at a barbecue. The barbecue also served as the backdrop of a hip-hop video that was being filmed. On Monday, Lee was one of nine individuals shot in the early morning hours MLee was the only person shot who died.

Lee was on his way to graduating with his bachelor’s degree in December at Houston Baptist University and had recently been named HBU Robbie Robertson Male Student-Athlete of the Year, according to the school. This season, the 21-year-old was a second-team All-Southland Conference selection. He led the Huskies in two categories, scoring and rebounding, and was sixth in the nation in steals per game.

“We are devastated. Darius was a remarkable young man who loved the Lord, his mom, his family, his teammates, his friends and his entire HBU family. We are in shock and cannot wrap our heads around this news. My heart breaks for his mom, his sister, and his entire family, and for our basketball team. The only thing we find comfort in right now is knowing where Darius is. He is in the arms of Jesus… we know that as fact. And we will see him again someday.

“As great of a basketball player as he was, he was an even better person. I can’t even think of basketball right now. I can only think of what a light Darius was during his short time on earth. He was a joy to coach and we loved him so much. Please keep his mom, sister and family in your prayers, as well as our HBU basketball family, during this very difficult time.”

The shooting happened on 139th Street and Fifth Avenue, close to where Lee lived.

Lee played basketball at St. Raymond High School for Boys in the Bronx before heading to college. He averaged 18.2 points per game as a senior and during the season, he scored 52 points in a quadruple overtime game against McNeese State, which was the most points scored in a Division I game all season.

Police have not arrested anyone and have no suspects.