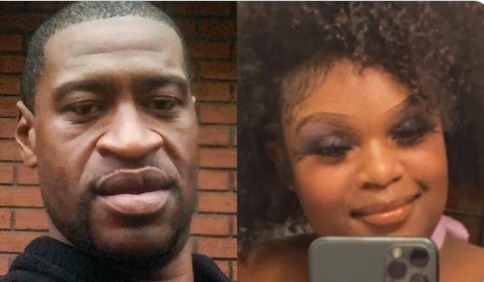 The Pulitzer Prize Board awarded a 2021 Pulitzer Prize Special Citation to Darnella Frazier—the teenager who exhibited the courage to record a video of George Floyd’s murder on her cellphone. The announcement mentioned that the video spawned worldwide police brutality protests and highlighted the critical role that citizen journalists have in the search for both truth and justice.

Now This captured footage of how recording the video led to the next chapter of both protests and trauma for Frazier, after the teenager shared the disturbing footage online. The footage, which included Derek Chauvin kneeling on Floyd’s neck as Floyd kept saying that he could not breathe, was chilling and revealing. Those words continue to shape the course of police officer’s duties, while citizens examine who is seeking to truly serve and protect them when emergencies arise.

“He was in pain,” Frazier said while testifying in April, according to ABC News. “It seemed like, he knew … he knew it was over for him. He was terrified. He was suffering. This was a cry for help.”

Within the bittersweet celebration of why Frazier is being recognized, the teenager is receiving some support as news of her 2021 Pulitzer Prize Special Citation crawls around the internet. Frazier has been both praised and criticized for filming the iconic video that drew attention to social justice. Hopefully, the world will let her indulge in this noteworthy recognition. When many did nothing about injustice, one brave teenager who was walking to the store when she witnessed what happened to Floyd, stood up. She quickly took action as a citizen journalist by using a cell phone. Then, her heroic act helped to ignite a worldwide social justice movement.

I could not possibly love this more: congratulations Darnella Frazier on your well deserved honorary Pulitzer – what you did to expose the murder of George Floyd was brave, brilliant, and indeed, in the finest traditions of journalism 👏🏿👏🏿👏🏿👏🏿👏🏿👏🏿❤️ https://t.co/pDFyGBkYsn