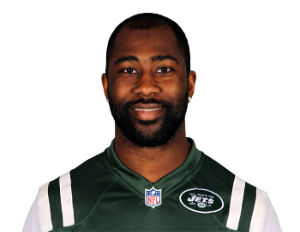 Darrelle Revis isn’t playing … at least not with the New England Patriots. The 9-year NFL veteran is leaving the Patriots after just one year for an unprecedented offer from his first love, the New York Jets.

According to Yahoo Sports, Revis became a free agent from the Super Bowl champions after they declined to pick up the $20 million option in Revis’ two-year $32 million deal with the Patriots. The new deal is reportedly worth $70 million over five years with $39 million guaranteed, which would be the highest paid to a cornerback in history, according to Yahoo Sports.

Revis began his professional football career with the Jets in 2007 and spent seven years there before bouncing around in 2013. He spent a year with the Tampa Bay Buccaneers before joining the Patriots in 2014.

As a first-round selection in 2007, Revis had a contract with the Jets worth a possible $36 million over six years.Â His new deal is nearly double. original contract in 2007 with the Jet