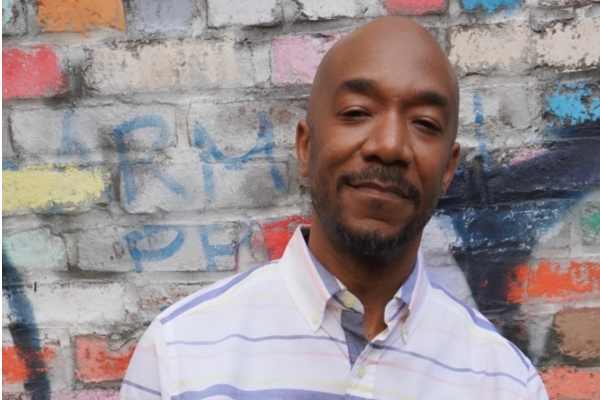 Datwon Thomas, editor-in-chief of Vibe and VP of Cultural Media for Penske Media Corp, appeared on Hip Hop & Enterprise to talk about the advancement of digital media and the role he’s played in it.

Having held positions as the former founder and editorial director of the men’s lifestyle guide, KING Magazine; the urban car enthusiast’s favorite, RIDES Magazine; and serving as the editor-in-chief of hip-hop’s street authority, XXL Magazine, Thomas has been a behind-the-scenes pillar in Black media.

His work at the outlets helped them become staples that boasted a collective circulation in the millions. Now serving as the editor-in-chief of the same publication he started as an intern in the ’90s, Thomas shares how full circle his current role is and how his professional experiences prepared him for the position.

“There’s a passion of wanting to be the best person to tell you what this is,” Thomas told BLACK ENTERPRISE. “I just want to add on and I want to add on in a quality way.”

Growing up in Brooklyn, New York, as well as enjoying living experiences in Japan and Mexico, Thomas believes his many travels abroad have helped shape his rounded perspective on urban/pop culture.

Having worked as the editor-in-chief of the Sean “Diddy” Combs affiliated e-commerce and music news shop Hookt.com and also serving as COO/editor-in-chief of Russell Simmons’ multicultural hip-pop website, GlobalGrind.com, Thomas became a credible voice in hip-hop and pop culture.

His work as a journalist soon expanded into television commentator roles on shows like VH1’s Fabulous Life of…, various BET and MTV specials, and numerous radio appearances.

Continuing his work in digital media, Thomas has started to transition into the production space, consulting for flagship programs like the American Music Awards, Billboard Music Awards, Academy of Country Music Awards, and Dick Clark’s New Year’s Rockin’ Eve with Ryan Seacrest. It’s something he enjoys and is looking to expand on.

Press play below to learn more about Datwon’s journey going from intern to EIC, his time running the iconic KING Magazine, and how he’s managed to keep up with the constant changes and emerging technology in the media space.