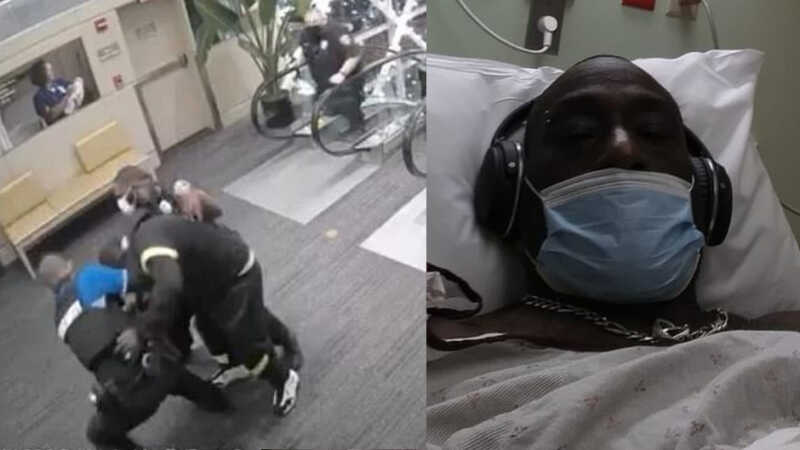 A daughter still mourning the loss of her father is continuing his fight for justice against the hospital he was being treated, where staff beat and wrongly detained him.

Robinson, who was 52 at the time, learned that he was second in line for a possible kidney transplant. He spent four days in the hospital awaiting a transplant that never came. After being told to come back a few days later, he returned and was told to park inside the garage on Euclid and Forest Park avenues.

Upon returning to the lot, Robinson couldn’t locate where he had parked his car. He asked the front desk for assistance, and a security guard attempted to help him. But, while walking around the lot looking for his vehicle, hospital security saw Robinson and assumed he was casing the lot to steal a car.

Robinson was never asked for his parking lot ticket, nor did the security notice the patient bracelet on his wrist.

“While Hughie was continuing to look for his Buick, several of Defendant’s security guards, including the guard who had earlier assisted Hughie in trying to locate his car, approached Hughie,” the lawsuit states.

“Hughie asked, ‘What did I do?’ The guards did not answer. Instead, one guard grabbed Hughie’s shoulder and arm forcefully, in the spot where Hughie’s arm was tender from the port.”

“Another of Defendant’s guards tackled Hughie. Both guards began to beat him. A third guard then jumped on top of Hughie,” the suit continues. “Hughie cried out that the guards were hurting him. At least one of the guards responded, ‘Good.’ The guards then forced Hughie into a pair of handcuffs. All of this was on video.”

Videos show the security continuing to be rough with Robinson during an interrogation, something the hospital denies. They tried to hide videos they wanted to remain private but a judge ruled against it.

Court documents show that the hospital denied any wrongdoing in the arrest and follow-up interrogation. The courts ruled against BJC’s motion to dismiss the lawsuit.

Since the lawsuit was filed, Robinson succumbed to his illness and died. But, his daughter, Chelsea Robinson, is continuing his legal pursuit against the hospital for violating his civil rights.

“Anybody with common sense can see what happened,” she said. “I just want justice for my father.”

“It’s important for me to continue the case because my dad deserves to be at peace, and it’s what he would have wanted … his words exactly,” Chelsea told Atlanta Black Star. “So, it’s only my duty to do right by his name.”