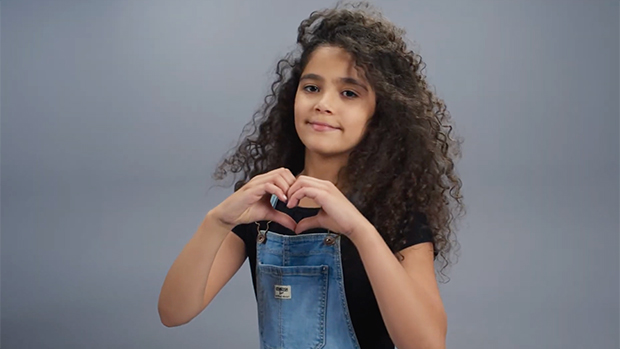 OshKosh B’gosh, the well-known children’s apparel brand, spotlighted “Muhammad Ali, Carey, and Outkast as children, dressed in OshKosh B’gosh, encouraging the next generation to dream boldly about who they’ll become someday,” according to a press release.

Monroe’s advertisement features the 10-year-old appearing as her mother at the same age. Mariah’s daughter pays tribute to her mother’s own “childhood, her songwriting, and her profound impact and influence on generations of young dreamers,” according to the announcement.

“This campaign represents a new, fresh take for OshKosh B’gosh–one that bridges past to present and champions the dreams, courage and determination of children,” said Jeff Jenkins, executive vice president, global marketing, for Carters Inc.

“OshKosh has been a childhood staple for generations. As we look to the future, we want to celebrate these inspiring trailblazers with a nod to who they were before they were icons–aiming to encourage children everywhere to dream big as they head back to school.”

Monroe unofficially honored her mother before, while illustrating that she is becoming empowered to confidently dream big, too. In 2017, the little girl belted out a duet with her mother onstage. The cute performance foreshadowed Mariah’s current sentiments which she expressed in the current campaign announcement.

“As a little girl, I was determined to realize my dreams. Now as a mother, it brings me so much joy to see my children visualize and develop the dreams they hold in their own hearts. We did the campaign because we love the message of empowering kids to dream boldly and blaze their own path,” said Mariah Carey.