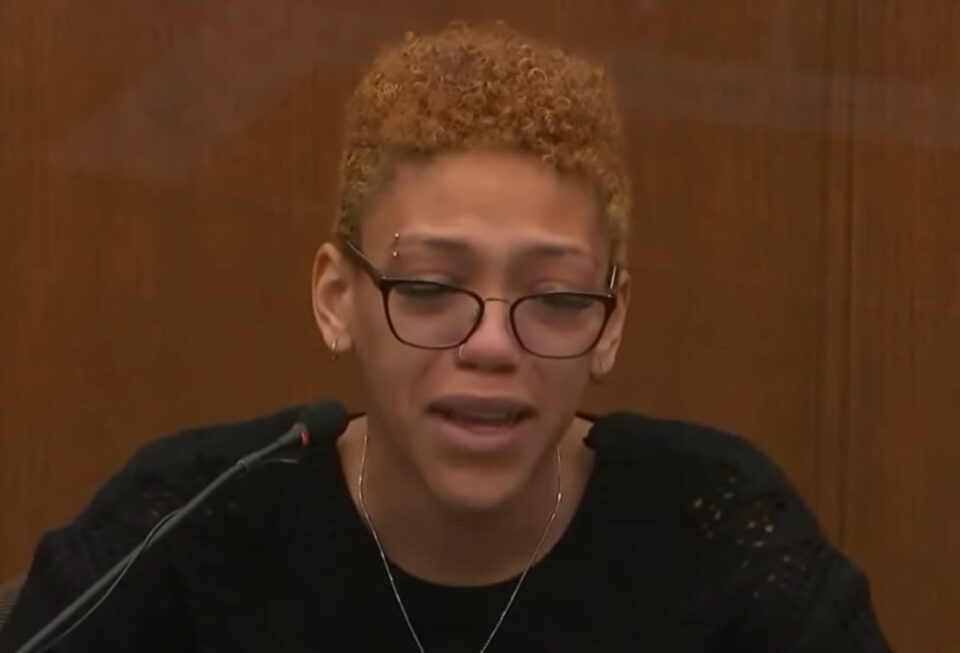 The young woman who witnessed Minneapolis officer Kim Potter fatally shoot Daunte Wright as a passenger in his vehicle has now filed a lawsuit against the city of Brooklyn Center, Minnesota, and disgraced officer Potter, the Associated Press reports.

Alayna Albrecht-Payton, 21, is seeking compensation to the tune of $150,000 for injuries she sustained, like a broken jaw and teeth misalignment, as well as the mental anguish she incurred from the ordeal on April 11, 2021. According to Albrecht-Payton, she has post-traumatic stress disorder from watching Wright die from the gunshot wounds after he crashed his car, according to the Associated Press.

ABC News reported that Albrecht-Payton, who started dating Wright a few weeks before the police-involved killing, delivered emotional testimony against Potter during the December 2021 trial.

Potter claimed she mixed up her firearm for her Taser when she shot Wright. Potter, convicted on the charges of first- and second-degree manslaughter, is currently serving a two-year sentence in prison, according to ABC News.

“Albrecht-Payton was a blameless witness to a horribly traumatic event, which a lot of people heard her testify to in the felony trial. And she has suffered some significant and permanent injuries, including the broken jaw and the cuts, and just scared inside and out from this event,” her attorney, Kathryn Bennett, said to the Star Tribune.

Since Wright’s death, the Brooklyn Center City Council enacted a series of reforms, which included dispatching social workers and other trained professionals to answer medical, mental health, and social needs instead of involving the police, the Associated Press reports.

The shooting of Wright occurred as the jury was deciding the verdict for former Minneapolis police officer Derek Chauvin, who was standing trial for killing George Floyd.

Floyd’s death ushered in national protests highlighting the persistent actions of police brutality, racism, and discrimination toward Black people in this country.