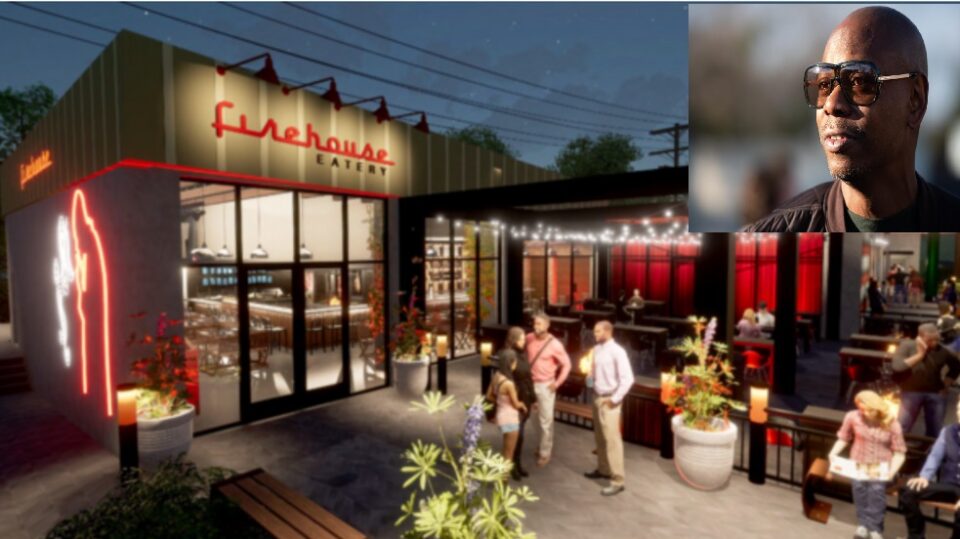 The former Miami Twp. fire station in Yellow Springs will soon be home to a comedy club and restaurant owned by comedian Dave Chappelle. (Submitted to Yellow Springs Planning Commission)

Comedian Dave Chappelle is staying true to his Ohio roots by opening a comedy club in his hometown of Yellow Springs, Ohio.

After three decades of success as a standup comic, the Chappelle’s Show creator will be adding to his legacy in the form of a brick-and-mortar establishment where people can come to laugh and eat.

The architect overseeing the project is Max Crome of Crome Architecture, who is mapping out how his team will transform the Miami Township firehouse into what will now be known as the “Firehouse Eatery,” along with the “Live From YS” comedy club attached on the side.

Development plans show that the eatery will be open every day until 10 p.m., with the comedy club hosting scheduled shows four days a week, between 6 p.m. and 2 a.m.

The construction begins nine months after Chappelle first unveiled his plans to turn the former firehouse into a comedy club, EW reports.

Crome says the new club will provide an “intimate” setting for comedians and have a maximum capacity of 140 people. Chappelle says the size will be much like the setting of comedy clubs Chappelle performed at in New York City at the start of his career.

Chappelle is confident that he will be able to bring out big-name comedians to the comedy club. His name and respect in the comedy world are more than enough to persuade his close friends and comedy legends to make their way to Yellow Springs, Ohio.

“If we build this thing, I will tell you, all the greats will come. They’re very excited about it,” Chappelle assured the group.