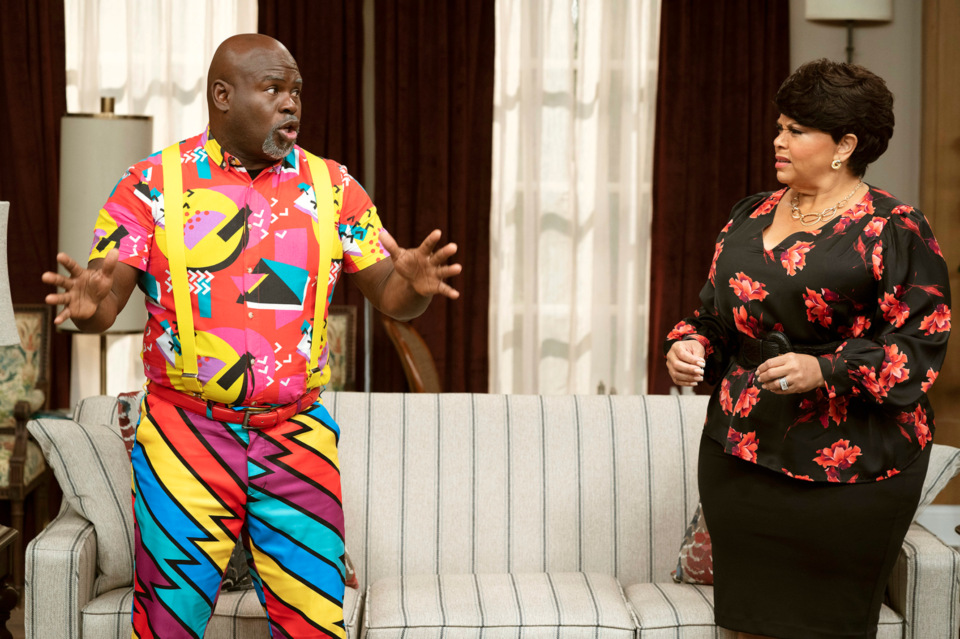 David and Tamela Mann are one of the few household names in Hollywood who rose to fame together as a married couple. Working alongside the likes of Tyler Perry and Kirk Franklin, the Mann’s have maintained their humility and stood firm in their union.

What started through their portrayals of Deacon Leroy Brown and Cora Simmons-Brown in Tyler Perry’s plays developed into their hit sitcom Meet The Browns, Mann and Wife and the new Meet The Browns spin-off Assisted Living.

Now in its second season, Assisted Living follows the adventures of the Browns and Jeremy as they run a house full of comical senior citizens. Under the Tyler Perry Studios umbrella, the sitcom is finding ways to incorporate comedy into tackling everyday issues.

“This season we address a lot more issues that are going on in the world with some of the social trappings that we’re having in America,” David told BLACK ENTERPRISE.

Tamela loves the new setting for the Browns and how they’re helping to highlight the elderly community who too often go ignored.

“A lot of times our seniors do get left out and I like how the writers incorporated to make them feel that they still have a purpose and a call that you still are needed,” she said.

Fresh off the heels of the release of her latest gospel album Overcomer, the Grammy award-winning singer explained how the Manns’ have supported each other in their personal career endeavors.

“We push each other to just strive to do better,” she said. “We, you know, we put not just ourselves in the front line, but our family and to take care of other people. I really believe that’s how we’ve been blessed.”

Married for over 30 years, the couple has five children together including their two children David Jr. and Tia, David’s two older daughters, Porcia and Tiffany, and their niece Sonya. They have worked together professionally and at home for over three decades and wouldn’t have it any other way.

“It wouldn’t be the same without anybody to share it with,” Tamela said. “I don’t think it’s as good and it doesn’t feel as great and gratifying. When you have that person beside you that can walk the journey with you, it makes it so much better.”

Now with her new clothing line, The Tamela Mann Collection, the former Kirk Franklin and The Family soloist is maintaining her weight loss journey with the help and support of her husband.

“I just released the new project Overcomer and that is the reason I entitled it is because I’m a work in progress,” she said. “I’m still working at it we’re still pushing each other to just do better and just be better and not be a liability on my family.”