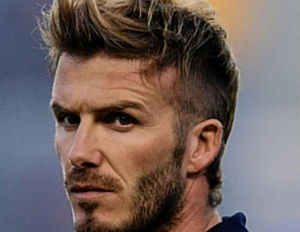 David Beckham and Major League Soccer are back together again.

The league announced Wednesday what was expected: that Beckham exercised his option for an MLS expansion team per the agreement with the MLS and LA Galaxy.

Beckham’s group will look to work with and local government officials concerning a waterfront stadium that can fit 25,000 fans.a venue. Multiple outlets are reporting it’s to be built with private funding; public solicitation for funds to build a stadium in South Florida has been, in the past, wrought with disaster.

But Beckham is already confident the yet-to-be-named franchise will be able attract top-flight talent.

“Players are already interested into coming and playing, Beckham said according to the AP. Great players will come here. We have a list of players (we want). Everyone knows who they want. These players are calling me up and sending me messages.

“It would be disrespectful for me as an owner to speculate, but we want the best. But I want to build an established academy and local players who want to reach the top.”

And as for joining forces with LeBron James?

“LeBron is a friend, so we speak as friends about what we’re doing but we’re also speaking as great businessmen,â€ Beckham told reporters after his press conference. “If LeBron comes on, then it’ll be amazing because people love him in this city, people love him in sports.”