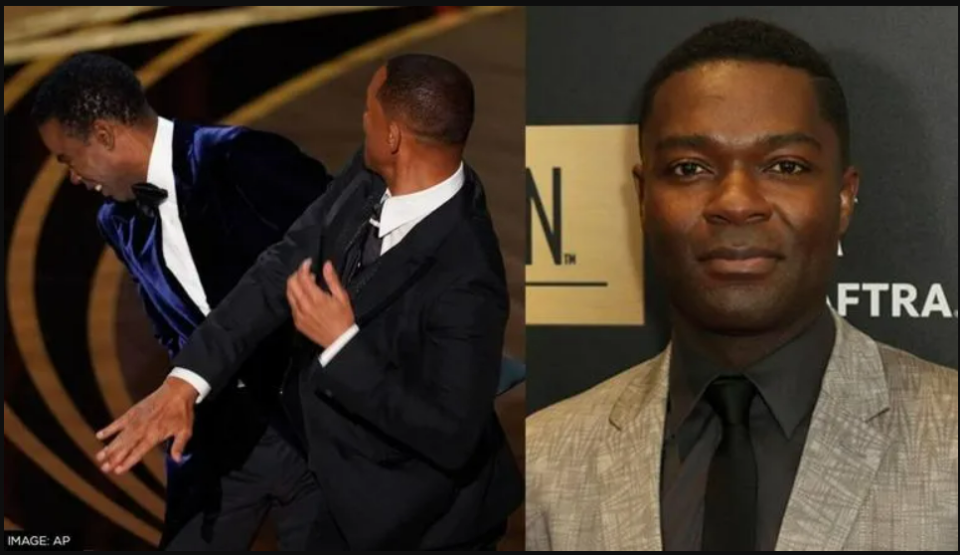 Actor David Oyelowo’s take on Will Smith’s slap at the 2022 Oscars raises an issue that speaks to the broader Black population in Hollywood. He says he fears that the incident could impact Hollywood’s ongoing efforts toward diversity and inclusion.

From his perspective, the Emmy nominee detailed the ripple effect of what occurred on that Oscars night in a published guest column for The Hollywood Reporter. His critical processing took readers on a journey through his past experiences attending the star-studded event, “steeped in unexpected drama and a constant intersection of public opinion, politics and race,” over the years. He brought light to the dramatics of not winning Best Actor and Best Director for Selma, which ignited #OscarsSoWhite in 2015, to his viral reaction to La La Land being mistakenly announced Best Picture.

“But like most of us, nothing could have prepared me for what was to come,” Oyelowo wrote of the 94th annual Oscars. “As a Black man in the public eye, you are constantly aware of the fact that your very existence is political. You are consistently in a state of either being used as an example to perpetuate or debunk a stereotype. Those stereotypes are tied to criminality, civility, education, sexual prowess, poverty, social responsibility, and so much more. It’s a burden I have to accept despite it being exhausting in nature.”

Oyelowo added, “The moment I slowly realized the nature of what had just occurred on the stage at the Dolby Theater, I was confronted by the same rising anxiety all Black people feel when the face that flashes up on the news after a crime is reported, is a Black one. You find yourself thinking, ‘What does this mean for us?’ ‘What does that mean for me?’”

The British-born actor went on to describe an encounter he had with a white older gentleman at an Oscars afterparty, who was charged with racially “coded messaging when he said, “[Will Smith] should have been dragged right out of there.”

Oyelowo commented, “I know that relish. I know that demeanor, and it is ugly to its core in all of its coded messaging.”

The Midnight Sky star added that the Academy and the entertainment industry have made “great gains” since #OscarsSoWhite, especially to “improve its disgracefully uneven racial and gender demographics.” And even in the wake of George Floyd’s murder, a lot of pledges have also been made.

“My fear is that this unfortunate incident, which has us all processing, will have a negative effect on the ongoing push for inclusion. There are those who, in a bid to make sure something of this nature never happens again, will operate through an unconscious — or conscious — bias,” Oyelowo said.

He continued, “It would be tragic if a bid to prevent such an incident from happening again becomes an excuse for ideas about inclusion and diversity to backslide. That would only confirm the disingenuous nature of some of these pledges in the first place. This incident should not be a springboard for proxy arguments in Hollywood circles about race, respectability and belonging.”

“I’m calling on the good people with good intentions to stay focused on building on the great gains we’ve recently made. They mustn’t be eroded by those with bad intentions who would seek with relish to weaponize this incident to derail those gains and divide us.”