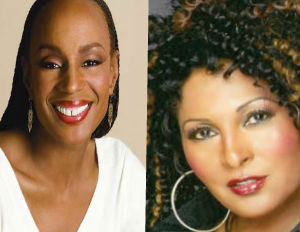 The empowerment continued at Black Enterprise’s Women of Power Summit, with the highly anticipated panel featuring legacy award recipients Susan L. Taylor and Pam Grier. The session, “Legacy Wisdom: Real Talk! The Tricks, Traps, & Truths about Success,” was moderated by Caroline Clarke, editorial director of the Black Enterprise Women of Power Summit and host of Women of Power TV, and focused on an intimate conversation. Taylor and Grier gave insights on what they learned along the path to success and spoke on how they’ve created a legacy by taking the road less traveled.

Clarke began by asking about their outlook on being seen as beauty icons, and Taylor opened up by speaking on her days of starting a beauty line after not being able to find the right makeup for her skin tone. She shared her drive for Essence early on as beauty editor, publishing during the height of the Black Power movement, and her goal of wanting to show all sides of beauty. “There’s so much we have to heal that has to do with beauty,” says Taylor on her days after Essence. “So, I always try to see the beauty in every single face.”

Grier shared how she came to see beauty in herself. “If you have the beautiful face and there’s nothing here …” she said, touching her chest. “I was traumatized at six and it made me more reclusive. I stuttered. So that made me feel even more worthless. But I had women in my family, neighborhood and the church who saw that and said, ‘We’ve been through it.’ And they galvanized around me and [said], ‘You’re beautiful. You survived it.’ That in and of itself is beauty. Surviving is beautiful. And I felt a sense of strength.”

Discussing the impact of Essence, Taylor said she never knew how powerful it was until she left the magazine. “Now, I’m in the community. I’m in schools, meeting teachers. And I … [was told things, such as], ‘Essence saved my life,’ Taylor said. “Few of us are going to therapy. They needed it then and now. And they called Essence. Realizing the impact Essence has had in their lives? It is humbling.”

After Clarke asked the legacy award recipients if they had ever envisioned their success and the emotions behind it, Taylor answered, “There’s still insecurities I battle. But I know those insecurities are drivers. The mind is the destroyer of happiness and peace. Anything that is known is knowable. Discipline yourself. Organize yourself. And learn what you need to give to the world what you came to give,” she said. “Finding the thing that speaks to you is so important. Find your passion. Who are you? What are you called to do? It’s passion that really drives success.”

Grier added another important insight: “The pitfalls are working with people who don’t work at your level. Sometimes you have to find a way to get the job done and make your deadline and be the person others can respect and rely on,” she said of always showing up an hour early to work. “[I do that] just to show that I don’t take this lightly. When I come to an audition, I come in character. It’s a performance when I step in the door. I’m there early when the producers come in. That’s how dedicated I’ve been for 45 years.”

Answering questions about friendship, health and staying inspired, Taylor made a point of reminding women to invest in their future financially. “All that writing I was doing at Essence, I was living in a one-bedroom apartment and sleeping in the living room. It was a major sacrifice, but I saved my money. You want to invest in yourself and your future, so at his stage in the journey you have choices,” she said of her path from single mother and professional to today. “Building a brand has to do with our values. What is it that you value? When you take care of you, you are a kind colleague, a fabulous partner, a fine manager. I think we as black women, we have to know we come first without apology and hesitation.”