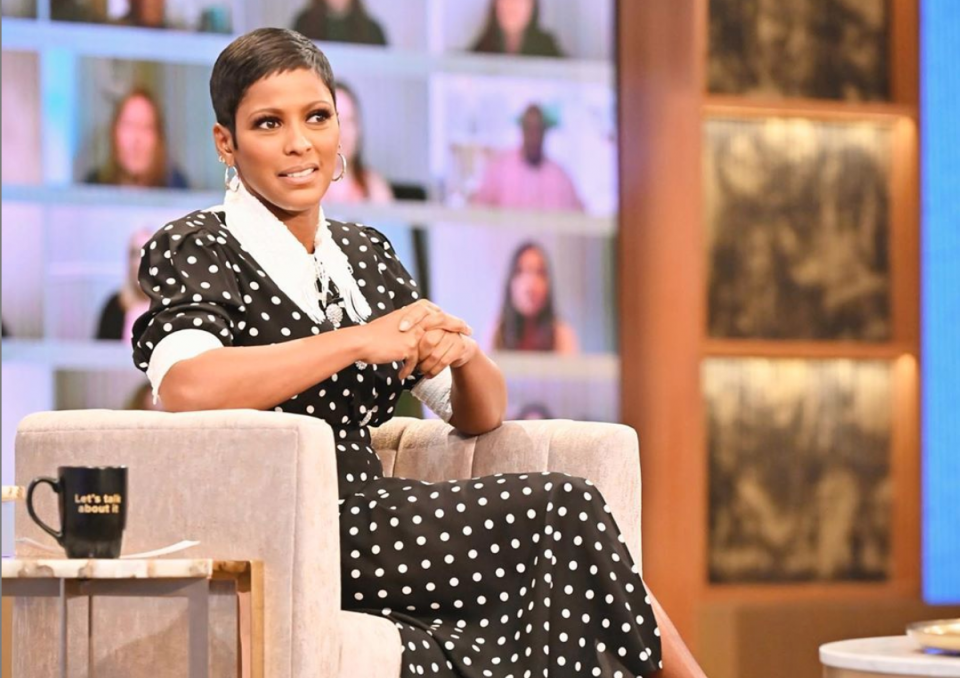 The anti-vaccination movement has gained steam throughout the country over looming fears around vaccination side effects. According to a 2019 study by the American Osteopathic Association, 45% of American adults expressed some kind of doubt in vaccine safety. The discussion has been highlighted on numerous television segments from both sides of the argument, including talk show host, Tamron Hall. Now, one woman is suing the Hall over her comment during a 2019 episode on vaccinations on her Emmy Award-winning talk show.

Jeanine DiAngelo is a parent of a young son who is suing the talk show host for comparing her son to a “leper” during an episode on vaccinations that aired back in Septemeber 2019 where she came on as a guest for the segment.

“I can’t look at him like this and have this debate when I know my son is around the corner, and I wouldn’t want him to hug him because I don’t want my son, based on science, to be exposed to an unvaccinated child,” Hall said. “This is why we brought it up, not to judge him.”

In a new report by TMZ, DiAngelo was offended by Hall’s statement on not hugging a child that was not vaccinated and what she saw as a lack of education on Hall’s end. She went on to say that Hall violated state law by discriminating against her as well as her religious beliefs. DiAngelo is now suing both Hall as well as the production company and ABC/Disney, the network parent company for $16 million.

DiAngelo shared her experience on the show on a blog post, stating that “Tamron Hall discriminated against my son for all the world to see. Imagine if that played out differently. Imagine if somehow the fact that she was a woman of color was discussed. What world are we living in when a ‘journalist’ and a grown woman openly discriminate against a child for all to see?”