D.C. Hotels Not as Busy for Obama Inauguration 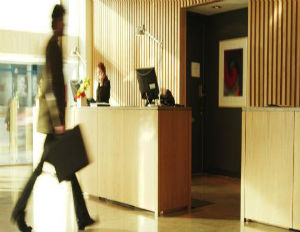 Finding a room in Washington D.C. for President Obama’s second inauguration won’t be as difficult as it was for the first, according to the Associated Press.

Some hotels were sold out by now for 2009’s inauguration. This time, hotels say they’re filling up more slowly, with rooms still available and prices, in some cases slightly below what they were four years ago.