Remembering the Life and Accomplishments of Dr. Andrew Brimmer 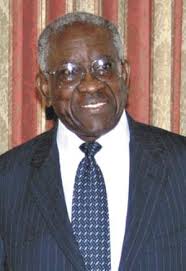 As one of America’s most influential economists, Dr. Andrew Brimmer used his acumen and authority to implement monetary policy and promote financial stability as the first African American to serve on the Federal Reserve Board of Governors, and to guide development of countries, cities, and corporations as a leading economic consultant. Appointed by President Bill Clinton to head Washington, D.C.’s Financial Control Board in the 1990s, he was largely responsible for rescuing the nation’s capital from bankruptcy during a crippling fiscal crisis. And throughout his career he became a catalytic force for black economic development and a powerful role model in the field. Brimmer died Oct. 7, 2012, at the age of 86.

“He was considered the dean of black economists and a tireless advocate for black business development and African American participation in the financial markets,â€ says Black Enterprise Chairman and Publisher Earl G. Graves Sr. “Among his greatest accomplishments has been his mentorship of a generation of black economists and significantly raising the bar for all who operate in economics and finance.â€ In fact, he advised scores of powerful business leaders, including BE 100s CEOs such as Graves, who recruited him for BE’s first Board of Advisors and, in 1982, as a founding member of BE’s Board of Economists. Vital to the advancement of African American enterprise for more than a half century, he was bestowed BE’s highest honor, the A.G. Gaston Lifetime Achievement Award, in 2007.

“Andrew Brimmer was a giant,â€ says Dr. William E. Spriggs, a former assistant secretary at the U.S. Department of Labor for the Obama administration. “From his groundbreaking work at the Department of Commerce to give a firm foundation to ending discrimination in interstate travel, to trailblazing [at the Fed,] to overseeing the restoration of financial stability to Washington, D.C.’s government, his expertise touched so many people and truly shaped American history.â€