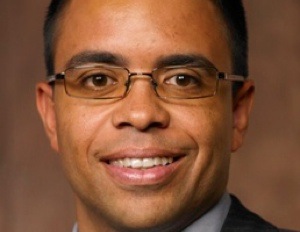 WithÂ support fromÂ severalÂ members of his own party, President Obama was delivered a crushing blow Wednesday when the US Senate rejected his nominee to head the Justice Department’s Civil Rights Division.Â  SevenÂ Democrats joined with Republicans in a vote of 47-52 to block the confirmationÂ of Debo Adegbile, a former officialÂ of the NAACP Legal Defense Fund whoÂ GOP legislators deemed unfit because of his representation of Mumia Abu-Jamal, a prominent African AmericanÂ activistÂ who wasÂ convicted of the 1981 murder of a police officer in Philadelphia.

The president issued a furious statement in reaction to the vote.Â “The Senate’s failure to confirm Debo Adegbile to lead the Civil Rights Division at the Department of Justice is a travesty based on wildly unfair character attacks against a good and qualified public servant,” Obama said.Â “Mr. Adegbile’s qualifications are impeccable…His unwavering dedication to protecting every American’s civil and Constitutional rights under the law — including voting rights — could not be more important right now.”

The voteÂ marked the first time one of his nominees had been scuttled sinceÂ Senate rules were changed to allow such presidential picks to be confirmed by aÂ simple majority vote as a means ofÂ overcoming Republican stalling tactics.

The eight senators who broke party ranks were Sens. Chris Coons of Delaware, Bob Casey of Pennsylvania, Mark Pryor of Arkansas, Heidi Heitkamp of North Dakota, Joe Manchin of West Virginia, Joe Donnolly of Indiana, John Walsh of Montana and Senate Majority leader Harry Reid of Nevada, claiming thatÂ he voted against the nominationÂ so he couldÂ gain consideration at a later date.

In 2009, Adegbile filed a court briefÂ arguing Abu-Jamal -Â a former president of the Philadelphia Association of Black Journalists who had beenÂ described as “perhaps the world’s best known death-row inmate” by The New York Times – was sentenced by aÂ discriminatory jury.Â In turn, theÂ judge cited that the appeal had merit.Â The nominee also served on the legal team that represented Abu-Jamal when prosecutors again sought the death penalty.Â Abu-Jamal’sÂ original sentence was the death penalty which was commuted to life imprisonment without parole in 2012.

With the backing of the National Fraternal Order of Police, the GOP engaged in a relentless campaign toÂ obstruct the confirmation process. In fact, shortly before the vote, Sen. Pat Toomey (R-Pennsylvania) read from a letter written by the widow of the police officerÂ stating that “old wounds have once again been ripped open and additional insult is brought upon our law enforcement community in this country by President Obama’s nomination of Debo Agdegbile.”

Sen. Patrick Leahy (D-Vermont) came to theÂ defense ofÂ Adegbile, a son of immigrantsÂ who rose from poverty and homelessness in the Bronx to argue voting rights cases twice before the Supreme Court and serveÂ as an aide on the Senate Judiciary Committee. Leahy also rebuked the Republicans forÂ theirÂ hypocritical law-and-order stance sinceÂ he could not gain any GOP supportÂ onÂ additional federal fundingÂ for bullet-proof vests.

RELATED: Obama Says He’s Not The President of Black America

Reportedly, Coons wasÂ the only DemocratÂ to comment onÂ his nay vote, maintaining that he was “troubled by the idea of voting for an Assistant Attorney General for Civil Rights who would face such visceral opposition from law enforcement on his first day on the job.”

Prominent civil rights leader Rev. Al Sharpton responded by issuing a statement chidingÂ the defectors who voted with Republicans as being “guilty of a betrayal that should not go unanswered.”