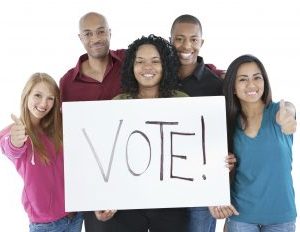 Democrats and Republicans alike agree that every voter is entitled to have his or her voice heard and vote counted. Yet, voter suppression is a real problem, according to political pundits. In fact, there have been reports of people taking to social media to spread false information about voting.

“As such misinformation appears, social media companies must act swiftly to remove content designed to deceive or mislead voters on how to vote,â€ urged Chris Melody Fields Figueredo, co-leader of Election Protection and manager of legal mobilization and strategic campaigns, in a released statement. Election Protection is the nation’s largest nonpartisan voter protection coalition led by the Lawyers’ Committee for Civil Rights Under Law.

Fields Figueredo went on to say that “recently, some Twitter users circulated what appeared to be official Hillary Clinton campaign advertisements that falsely claimed you can vote by text message. In fact, no state permits voting by text message. Ads like this are designed to deceive voters and have no place in our democracy. Social media platforms–including Twitter, Facebook, Snapchat, and Tumblr–must immediately remove content that deceives voters about how, where, and when they can vote.â€

She commended Twitter for setting a good example for all social media companies by removing such content. She encouraged other social media companies to moderate voting-related ad postings and quickly remove those designed to mislead voters or suppress voting, just as they do with other kinds of damaging content.

These latest accusations come off the heels of a report in Businessweek in which an unidentified Trump official used the term “suppressionâ€ to describe the team’s approach to three core groups of Hillary Clinton’s supporters. “‘We have three major voter suppression operations underway,’ says a senior official,â€ the Businessweek report said. “They’re aimed at three groups Clinton needs to win overwhelmingly: idealistic white liberals, young women, and African Americans.â€

Voter suppression often refers to activities, legal and illegal, aimed at preventing eligible voters from casting ballots, such as by passing out fliers containing the wrong date for an election. Or more aggressive moves such as physically trying to block people at polls.

There are platforms to help users vote and learn where they can turn if they have problems voting. The sites should actively promote all of the non-partisan voter helplines staffed by trained legal volunteers. The helpline numbers are: