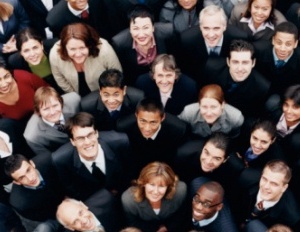 With a rise in technology and the use of social media, many employers today will tell you there is a growing need for candidates with degrees in science, technology, engineering and math (STEM). Benefiting from this trend are a growing number of foreign-born college graduates who are helping employers fill seats for these in-demand jobs.

According to data from the Labor Department, among full-time wage and salary workers in the U.S. with at least a bachelor’s degree, those who were born outside the country earned higher wages than native-born workers for a second year in a row in 2014. The median wages for native-born college graduates from 2010-2014 rose by 3.6 percent, compared to a 9.2 percent increase during the same time period for foreign-born workers with at least a bachelor’s degree. While there is no one answer for why this discrepancy exists, Neil Ruiz, a senior policy analyst at Washington-based Brookings Institution, tells Bloomberg he believes the disproportionate number of foreigners earning STEM-related degrees has a lot to do with the increase in wages.

In Silicon Valley, several tech companies have come under fire for their lack of diversity, with a few companies working to improve the demographic makeup of their organization. Earlier this year, Intel’s CEO Brian Krzanich announced that his company will invest $300 million in a new “diversity in technology” initiative that will increase the talent pipeline for women and minorities in tech.

While data shows that highly educated foreign-born workers earn more than U.S.-born workers with college degrees, the chart below from the U.S. Bureau of Labor Statistics shows a reverse trend among professionals at lower levels of education.