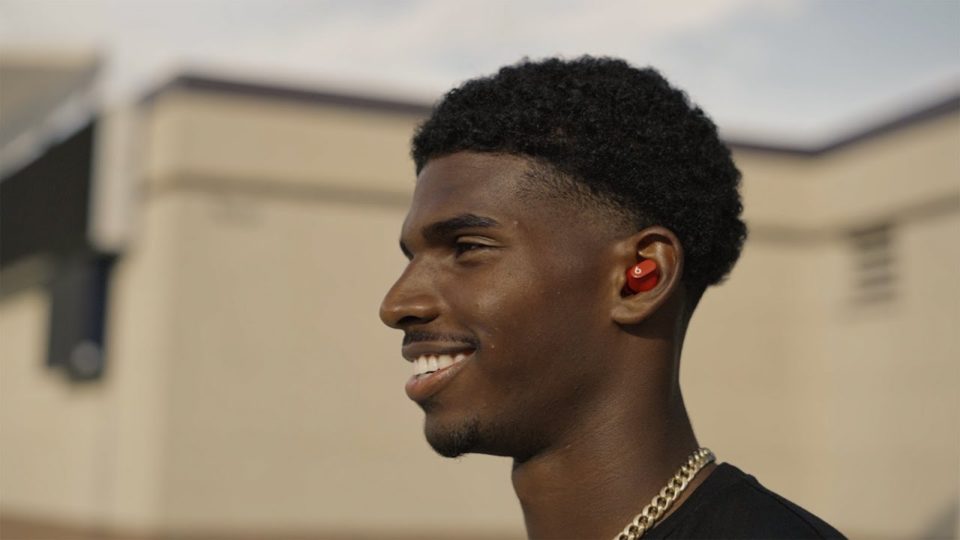 According to Apple Insider, earlier this month, Apple’s Beats by Dre signed its first collegiate brand ambassador Shedeur Sanders, who is also a player for the Jackson State University football team.

The company announced the signing via its Twitter page.

Welcome to the Beats family, @ShedeurSanders. This is the beginning of something legendary. pic.twitter.com/M0Cem3Tczn

ESPN reported that Sanders was the highest-ranked recruit ever to sign with Jackson State University. After being ranked No. 61 overall in the 2021 class, he decided to play for the school shortly after his father Deion was hired as the head coach.

“I remember getting my first pair of Beats, so this feels full circle,” Shedeur Sanders said. “I’m excited to be part of a brand that inspires and represents the culture in a positive way, and that’s exactly what I want to do with my career. It’s an honor to be the first college athlete on their roster, and I couldn’t have imagined a better partnership.”

According to AfroTech, in a written statement, Chris Thorne, CMO of Beats, stated, “Shedeur exemplifies the power of forging your own path and shows us that talent doesn’t equate to a school choice. Beats has always championed those who have the courage to defy the odds, and we couldn’t be more excited to have him on our team.”

Earlier this year, the National Collegiate Athletic Association (NCAA) had changed its rules to allow student athletes to make money off their names, images and likenesses, so long as the opportunities are in line with state laws. A number of student-athletes are already taking advantage of the interim policy.