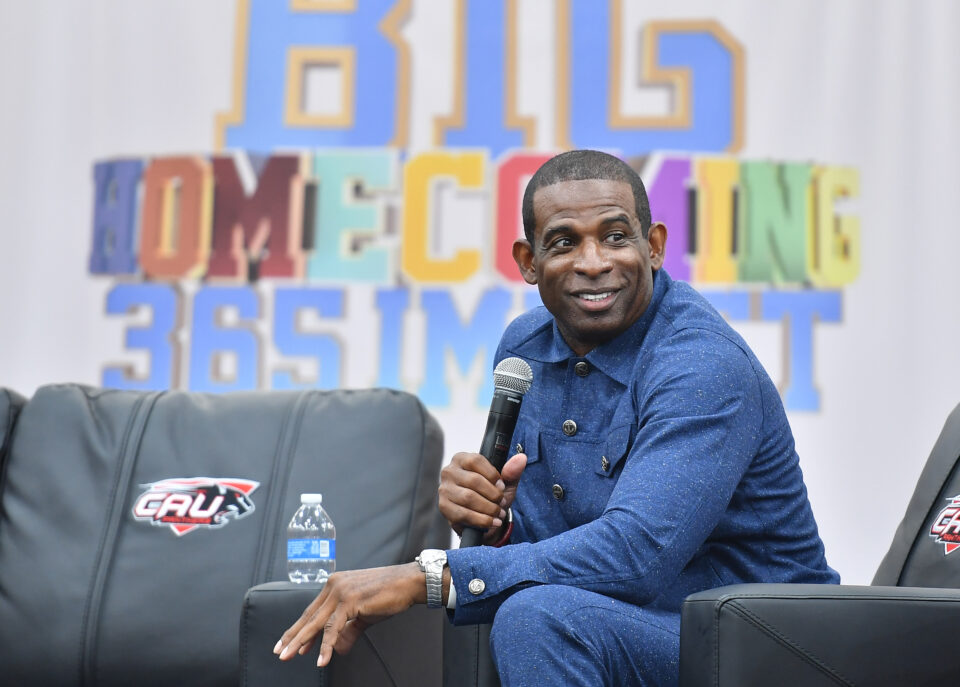 Coach Deion “Prime” Sanders is not only a man of his word but also puts his money where his mouth is!

The reality TV, former professional football player now HBCU coach has been a staunch supporter of HBCUs and HBCU athletics in particular. After taking the head coach position at Jackson State University, he has been leading the charge to recruit more Black athletes to HBCUs as well as influencing people to donate to HBCUs and their athletic programs.

The Hall of Fame NFL player has pledged to donate half of his annual salary from Jackson State University to help with the cost of renovating the football facility at the college before next month.

Sanders posted a video on his Instagram account showing him leading his business manager, Constance Schwartz-Morini, co-founder of SMAC Entertainment, through the construction of the Jackson State University football facility. The football season officially begins on Sept. 4, and the expected completion date of the renovation, according to Sanders, will be Aug. 4. But, according to Schwartz-Morini, the budget is tapped out.

“I’ll put more than that on it. I’ll put half on it to get this done,” Sanders said in the video clip. “If you don’t believe me, check me. I will send you the receipts.”

According to Sports Illustrated, in 2020, Sanders signed a four-year contract worth $1.2 million over three years. With an average of $300,000 a year, his donation amounts to $150,000 toward the completion of the construction.

With Coach Prime’s commitment to the HBCU, he has garnered recent donations from Ja Rule and Sean Combs just in the past few weeks alone!