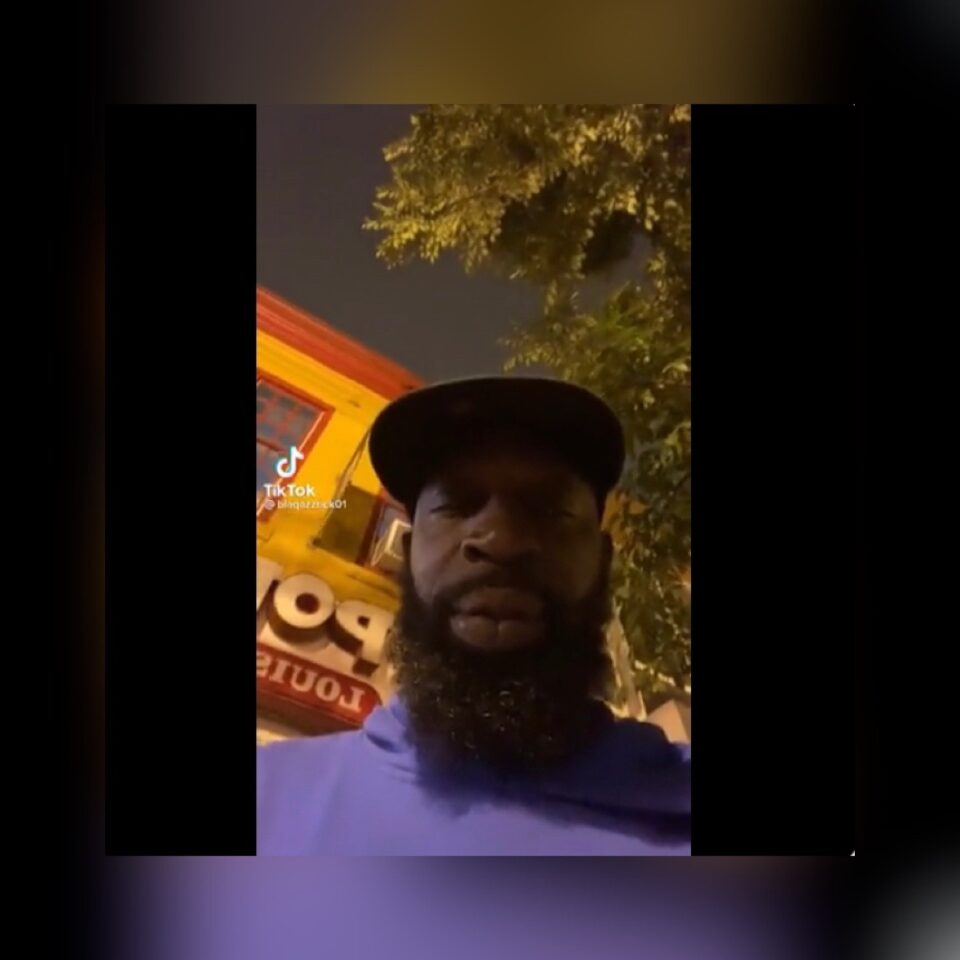 This is a clear cut case of when snitches should never get stitches or have their jobs pulled from under them, but here we are.

Catch this dance: the curious courier who shared a video of a rat-infested Popeyes Louisiana Kitchen restaurant may have lost his job.

Over the weekend, we reported that Ricardo Land, a TikToker posted a video of a herd of rats flooding the fast-food chain at 409 8th St. SE, in D.C.’s Eastern Market. With some agile critters even creeping up a wall inside the kitchen. Since the video took flight on social media, the health department shut the facility down citing “health code violations.”

Land landed himself in hot water with his bosses and created a GoFundMe account, explaining that he was placed on unpaid suspension for sharing the video. With a goal of $10,000, he was already nearing $15,000 in donations at the time of publication.

“I have been suspended from my job due to exposure of the Popeyes franchise due to a swarm of rats in the place,” he wrote on GoFundMe.

“I have a family of 5 and due to this incident, my family will be hurt by my employer. I will not be able to afford rent food or any other necessities to keep my home. I ask that you beautiful people to please donate what you can and I will be ever so grateful from my family to yours. Thank you lovely people for the support on TikTok and I will follow every one of you’ll back as soon as I can. God Bless You.”

Clearly from the video, the situation is more than merely a health code violation and looks more like public health crisis especially since customers have already been eating their tasty chicken sandwiches, smothered in Hottie Sauce, while disease-carrying rodents scurry about.

The Washingtonian reports that the Popeyes was hit with 17 additional violations in October, “including rat droppings outside near the grease bin, openings in the kitchen ceiling and water pooled in the walk-in fridge, dishwashing area and manager’s office.”

Popeyes has since responded to the uproar saying, “Food safety and cleanliness is a top priority at Popeyes,” the company said in an emailed statement. “This restaurant has been temporarily closed, and the Franchisee who owns and operates this location is taking the appropriate steps to address the issue.”