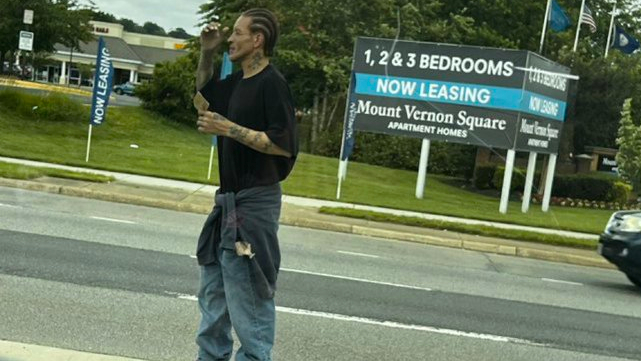 The saga of former NBA player Delonte West has taken another turn for the worse.

Social media users have been posting a recent video of West who looks to be panhandling in Virginia once again.

Delonte West on Richmond highway in Virginia 2 days ago. 🙏 pic.twitter.com/mxHP4peYJx

This comes after several attempts by people, specifically Dallas Mavericks owner Mark Cuban, to steer him back in the right direction after he was seen years ago begging in the streets.

In the fall of 2020, West, who has been diagnosed with bipolar disorder, was battling substance abuse issues and homelessness. After Cuban got in touch with West’s mother, Delphina Addison, he reunited her with West at a gas station. The former Dallas Mavericks player entered a rehab facility in Florida with the help of the Shark Tank star.

Several weeks later, Cuban gave an update on West’s recovery with a (since delated) photograph of the ex-basketball player on Twitter.

“Because we all want something to feel great about today, here is your Delonte West update. It’s still an uphill battle, but he is climbing!”

Ladies & Gentlemen, I present to you, Delonte West . A long, long , long way to go, but he has taken the first steps and shared these with all of us as a thank you for the love and support. pic.twitter.com/555twAEVDP

In January 2021, on Twitter, The Athletic‘s Shams Charania reported that West was an employee at the same facility in Florida where he had rehabbed.

Update on Delonte West: West now has a job at the Rebound therapy center in Florida, which is the rehab facility he attended.

Dallas Mavericks owner Mark Cuban reunited West with his mother in September and has stayed in close contact.

Then, in March, West tried out for Ice Cube‘s BIG3 basketball league as shown in the video below.

West apparently has fallen upon hard times again, but reports can’t seem to pinpoint what led to that point.

Over his eight-year NBA career, West had averaged 9.7 points and 3.6 assists per game while playing for the Dallas Mavericks, the Cleveland Cavaliers, the Seattle SuperSonics, and the Boston Celtics.