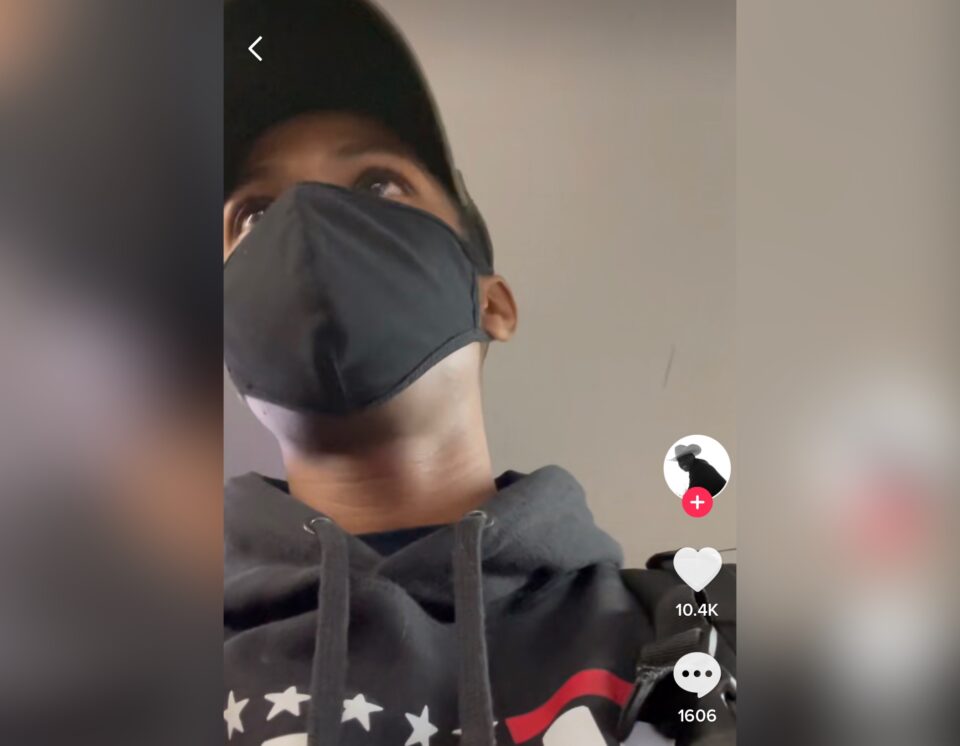 A passenger on a March 9 Delta Air Lines flight to Los Angeles was kicked off the plane for wearing what was considered to be offensive attire.

Jauneil Brooks was removed from the aircraft for wearing and refusing to remove a sweater that read “F— Biden,” and in smaller print underneath, “And f— you for voting for him!” The Post Millennial reports.

After initially being difficult about wearing a face mask to board the plane, airline officials took deeper offense to the hoodie he wore as the passenger began recording the incident on TikTok.

In the video, a Delta official explains the situation and the company policy; if he did not place his hoodie inside out to obscure the profane language, he would have to disembark the flight and be placed on an indefinite “no-fly” list.

According to Delta’s contract of carriage, the airline may refuse transport and removal of any passenger from the aircraft at any point, namely “When the passenger’s conduct, attire, hygiene or odor creates an unreasonable risk of offense or annoyance to other passengers.”

Self-described as “just a kid who loves his Country & Horses,” Brooks complies and flips his hoodie inside out. “It’s off,” he says. “I’m gonna go sit down. Whatever you guys say to me will be recorded, and you guys can get sued.”

However, in another video, the same airline official comes back to his seat and kicks him off for good.

“So I’m still getting kicked off the plane?” Brooks asks in the video. “Yeah, you’re not putting… you’re not wearing the mask,” the flight attendant responded. “I’m relaying the message to you what the captain says; he said he doesn’t want you on the aircraft anymore.”

After disembarking the plane, you overhear him being told he would receive a refund for the airfare.

Brooks now plans to sue Delta Air Lines. He also told The Post Millennial that he intends to continue to stand for our freedom of speech and take back Americans’ freedoms.