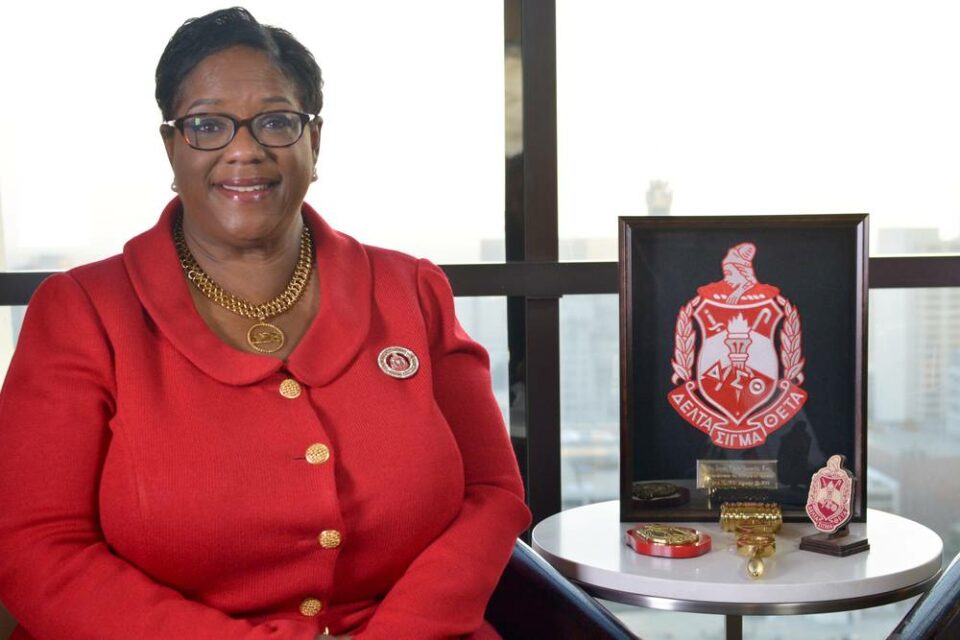 Cheryl A. Hickmon, the national president and chair of its national board of directors for Delta Sigma Theta Sorority Inc. died on Jan. 20, according to reports.

“President Hickmon was a devoted member of Delta Sigma Theta since 1982 and served in various capacities at the chapter, region, and national level before being elected national president. She is remembered not only for her role as a leader but for being a colleague, friend, and most of all, sister,” a statement from the sorority said.

“The entire sisterhood of Delta Sigma Theta Sorority, Incorporated mourns the loss of President Hickmon. During this difficult time, we ask that you respect her family’s privacy and keep them in your prayers.”

Hickmon recently was appointed to her post as national president in December to lead the illustrious organization. She is a 1984 graduate of Southern Carolina State University. Deltas is one of nine Black sororities and fraternities that are popularly referred to as the “Divine Nine.” DST was founded Jan. 13, 1913 on the campus of Howard University. The sorority recently celebrated Founder’s Day.

The site also mentioned that Hickmon was highly skilled and experienced in the specialties of Andrology and Endocrinology and states that one of her greatest joys is assisting couples with the gift of children.

Hickmon was lovingly remembered by many online.

We join our sisters of Delta Sigma Theta in mourning the passing of their National President, Cheryl A. Hickmon. God will build up those precious memories and bless you through these trying times. Let’s please keep the family of Sister Cheryl in our thoughts and prayers. pic.twitter.com/4COSmJTBfO

We send our deepest condolences to the women of @dstinc1913 on the passing of your National President, Cheryl A Hickmon. Our thoughts and prayers are with her family and your members. pic.twitter.com/BBeZ96FK6l

The Sorors of the Phoenix Metropolitan Alumnae Chapter of Delta Sigma Theta Sorority Inc. mourns the passing on our National President Soror Cheryl A. Hickmon. We will be forever grateful for her commitment, leadership, and unwavering service to our illustrious Sorority. pic.twitter.com/rvFYV2c0pA