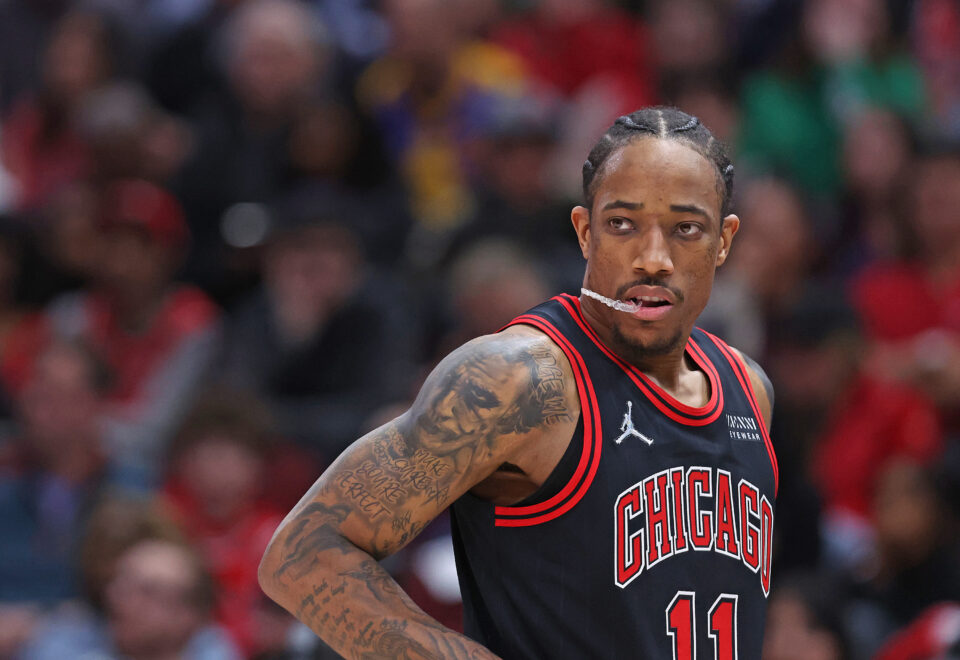 CHICAGO, ILLINOIS - APRIL 06: DeMar DeRozan #11 of the Chicago Bulls waits for the start of play after a time out against the Boston Celtics at the United Center on April 06, 2022 in Chicago, Illinois. The Celtics defeated the Bulls 117-94. NOTE TO USER: User expressly acknowledges and agrees that, by downloading and or using this photograph, User is consenting to the terms and conditions of the Getty Images License Agreement. (Photo by Jonathan Daniel/Getty Images)

Earlier this week, based on a report by The Athletic’s Shams Charania, Nike signed a new deal with the Chicago Bull’s DeMar DeRozan, reportedly intending to make him the face of future Kobe Bryant sneakers.

According to the New York Post, after news got out, Bryant’s widow, Vanessa Bryant, denied that the Chicago Bull player would be the face of Kobe’s forthcoming line. “False,” she stated in response to Charania’s Tweet. “He is not the face of the Kobe line. No one is.”

Side Action also posted screenshots of Bryant allegedly responding to the “miscommunication” by writing, “LOVE that he’s a Kobe supporter but the caption is false. It’s misinformation. Only Kobe is the face of his line. If that changes in the future, then I’m sure Nike and I will release a statement announcing it.”

Earlier this year, Bryant and Nike renewed their partnership after struggling to agree on a contract extension to continue the Kobe Bryant line.

Bryant released a statement to the press announcing the renewed partnership.

“I am happy to announce that we will continue my husband’s legacy with Nike and look forward to expanding his and Gigi’s global impact by sharing the Mamba Mentality with youth athletes for generations to come,” Bryant said at the time.

Bryant originally signed with Adidas for his first sneaker contract before signing with Nike in 2003. He had signed a five-year extension in April 2016, which ended last year when his estate and the sneaker giant did not come to an agreement.