Black Man Settles Lawsuit, Wins $400K After Police Kicked Him In The Face For Recording His Own Arrest 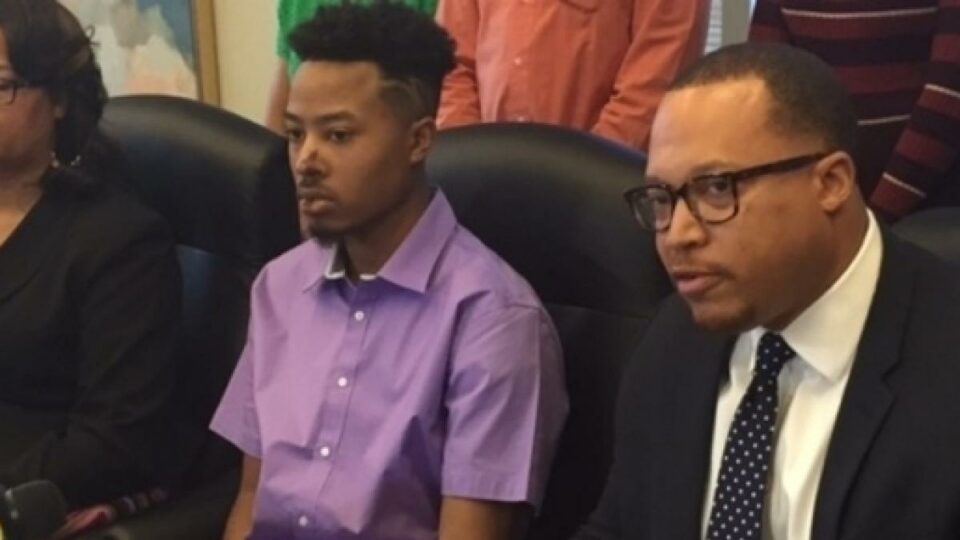 Nearly five years after being assaulted by police officers during what he believes to have been an unjustified stop, Demetrius Hollins has settled his lawsuit against the Atlanta-area county where the incident happened.

On Jan. 4, the Gwinnett County Board of Commissioners approved a $400,000 settlement, the Associated Press reports. The two officers who pulled him over on that fateful day were employed by the county rather than any of its many cities and municipalities.

The settlement is one of the largest related to a police brutality case in Gwinnett County history, Hollins’ attorneys Chris Stewart and Justin Miller said in a statement.

According to CW69, the lawsuit filed in September named the county, the two men who assaulted Hollins – Sgt. Michael Bongiovanni and Officer Robert McDonald – and former Gwinnett County Police Chief Butch Ayers as defendants. The county and chief were included because Hollins’ attorneys maintain there were patterns within the department that led to Hollins’ assault.

The traffic stop and subsequent arrest in question took place on April 12, 2017 and was captured on the squad car’s dash cam.

In the clip, Bongiovanni can be seen punching Hollins several times. After he had been handcuffed, tasered and forced to lay on the ground in a busy intersection, McDonald ran up and stomped then 22-year-old Hollins in the head.

Both officers were fired the next day. They were also each charged individually for their roles in the assault.

“We are pleased that Gwinnett County has opted to resolve the lawsuit brought by Demetrius Hollins,” said Miller and Stewart. “This settlement represents the final chapter in the quest for justice for Mr. Hollins. We will continue to hold officers and their departments accountable when they violate their oath to protect and serve their constituents.”