A Democratic Rep. Is Seeking To Have Rudy Giuliani Disbarred

A Democratic Representative in New Jersey has filed a complaint against President Trump’s personal lawyer, Rudy Giuliani, seeking his disbarment.

Rep. Bill Pascrell, who serves as the representative for New Jersey’s 9th congressional district, accused the former New York City Mayor of filing ridiculous lawsuits in order to cast doubt into the validity and security of the election and help Trump dismantle America’s democratic process, according to The Independent.
Pascrell filed complaints with the legal disciplinary authorities in Pennsylvania, Arizona, Michigan, Nevada, and New York last week. He also requested Giuliani and 22 other Trump attorneys be given the “severest sanction,” the revocation of their licenses to practice law.
“Mr. Giuliani has participated in frivolous lawsuits and used our nation’s courts to assault public confidence in the United States electoral system, violating the New York Rules of professional conduct,” Rep Pascrell wrote in the complaint. “Therefore, I request your office commence an immediate investigation of his actions and consider sanctions for his conduct up to and including revocation of Mr. Giuliani licenses to practice law in your jurisdiction.”
Democratic nominees Joe Biden was declared the projected winner of the election on Nov 7. Since then, Trump has filed numerous lawsuits in Michigan, Arizona, Wisconsin, Georgia, and Pennsylvania. Almost all of which have been either dismissed or thrown out.
According to NBC News, at least 36 cases to have been filed, including some not directly involving Trump but which could nonetheless affect his standing. At least 25 have been denied, dismissed, settled or withdrawn.
More than two weeks after the election, Trump finally signed off on the transition to the Biden administration allowing members to attend classified meetings and briefings and opens up $6 million in funds to assist in the transition.
Pascrell also believes 22 of Trump’s lawyers not named Rudy Giuliani, who he called enablers, should be “tried for their crimes against our nation and Constitution.”
“Donald Trump and members of his administration have committed innumerable crimes against the United States,” Pascrell said, claiming the Trump administration and its lawyers have “engaged in treachery, in treason.” 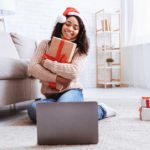 Your 2020 Holiday Party Will Look Different, But You Can Still Wow Clients and Employees 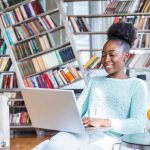