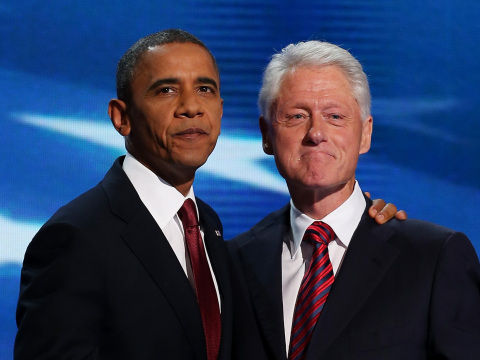 Either America has become more politically engaged or they care a little less about football. The second night of the Democratic National Convention not only beat the Republican’s convention in ratings, but also Wednesday night’s football kickoff.

An estimated 25.1 million people tuned into the convention between 10 p.m. and 11 p.m. when former President Bill Clinton gave his nomination speech in support of President Barack Obama. During that same hour, 20 million people watched the second half of the Dallas Cowboys‘ victory against the New York Giants. The second night of the Republican convention, which featured vice presidential nominee Paul Ryan, garnered 21.9 viewers.

The entire football game was seen by an average of 23.9 million people, the lowest rating in three years. Last year’s opening game was seen by 27.1 million, and 2010â€²s game had a record 27.5 million.