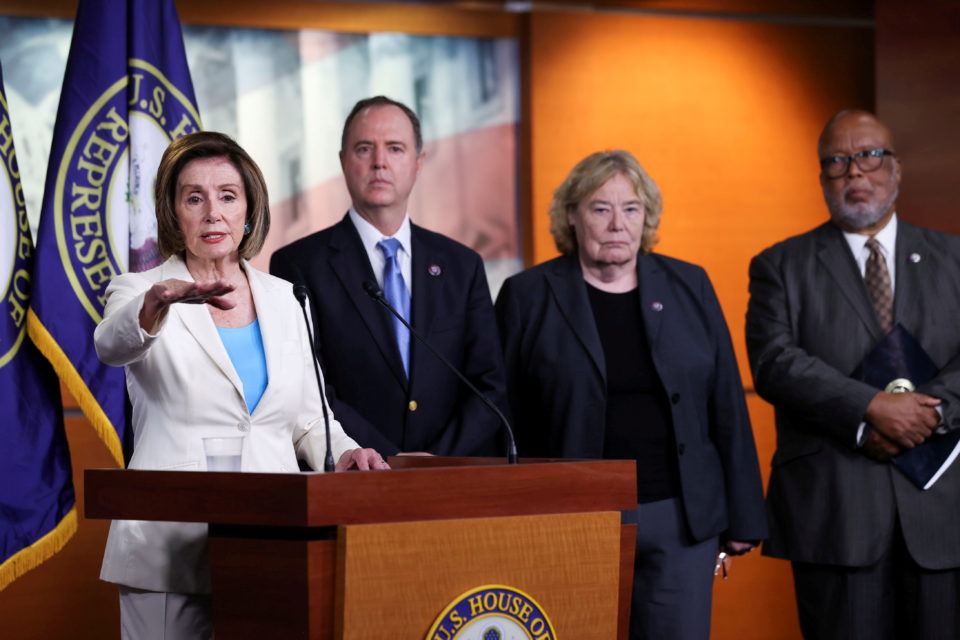 Reuters – U.S. House of Representatives Democrats introduced legislation on Tuesday seeking to pull back powers from the presidency, part of an effort by lawmakers to rein in the White House after what Democrats saw as overreach during the administration of former Republican President Donald Trump.

House Speaker Nancy Pelosi and Representative Adam Schiff planned to introduced the bill at a news conference. They said the “Protecting our Democracy Act,” would restore the balance of power between the executive and legislative branches of government that was written into the U.S. Constitution.

Among other things, it would put new limits on the use of presidential pardons in cases involving contempt or obstruction of Congress, prohibit self-pardons by the president and strengthen measures to prevent foreign election interference.

The bill also would increase protection of whistleblowers, protect the independence of inspectors general and strengthen congressional oversight of the use of emergency declarations.

During his presidency, Trump fired a series of inspectors general – watchdogs tasked with fighting corruption at federal agencies. He also repeatedly declared national emergencies, including at the border with Mexico to force the transfer of military funds to build a wall there, a campaign promise, and another over relations with Iran to sidestep congressional review of military sales to Saudi Arabia.

The bill’s path forward was uncertain. Democrats hold only a slim majority of House seats, and House Republicans stand firmly behind Trump. They overwhelmingly opposed his two impeachments and rejected a bipartisan commission to investigate the Jan. 6 assault on the Capitol by Trump supporters.

In a statement, Pelosi called the measure “a robust, transformative package of democracy reforms” that would prevent any president, of any party, from abusing the public trust.

Aides to House Republican Leader Kevin McCarthy did not immediately respond to a request for comment.