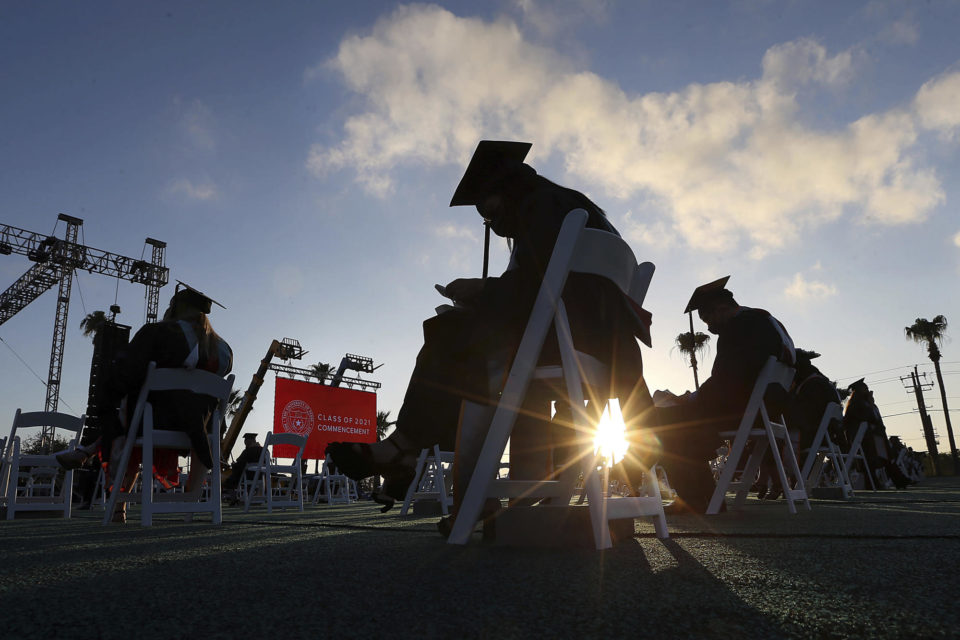 College students get set for their commencement ceremony. (Twitter/@RealtorJairo)

Democrats on Capitol Hill are pushing President Joe Biden to extend the federal student loan payment moratorium by at least six months as the economy recovers from the coronavirus pandemic.

In a letter sent to Biden that was obtained by NBC News, a group of Democratic lawmakers ask Biden to extend the Sept. 30 deadline for student loan forbearance through March 31, 2022, or until the economy hits pre-pandemic levels, whichever is longest.

“The suspension of payments and interest during the pandemic has provided essential relief to borrowers and their families during this economic and public health crisis,” the group wrote to Biden. “Restarting payments, however, will present a significant challenge for borrowers, loan servicers, and the Department of Education (ED), and we urge you not to let the payment pause lapse when borrowers are still depending on this financial relief.”

Biden has been under pressure to deal with student loans since he was inaugurated. On his first day in office, Biden signed an executive order pausing student loan payments until October 2021. Neither  Biden nor the Education Department has indicated whether another extension will occur.

Yahoo News reported a survey of nearly 24,000 student loan borrowers conducted earlier this month showed 9 in 10 respondents across all 50 states are not ready to resume making payments this October.

In their letter, the group noted resuming payments will affect the people that were most affected by the pandemic, Black Americans and minorities, who also make up a disproportionate share of student borrowers.

In April, White House Spokesman Ron Klain announced Biden directed the Education Department to prepare a memo examining the legal authority Biden has to wipe out debt through executive action. At the time, Klain said he was hopeful it would be a matter of a “few weeks” before the memo was on the president’s desk.

However, that was three months ago and there hasn’t been an update from the White House or the Education Department. In their letter, the group urged Biden to complete the process before the deadline passes.