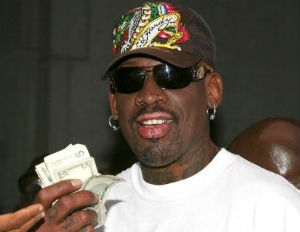 Ex-NBA player and reality TV star, Dennis Rodman, owes his ex-wife, $500,000 in child support for the two children the ex-couple had together.

Dennis Rodman’s attorney says he unintentionally paid too little in child support because he didn’t know and was not properly served with documents saying he has to pay an increased amount.

Orange County Superior Court Commission Barry Michaelson warned the Rodman that he could face jail time if he fails to pay the child support.

Read on The Loop