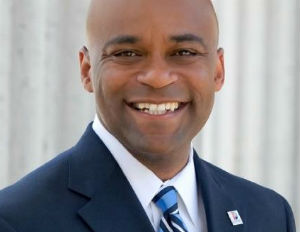 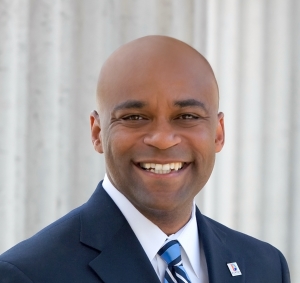 To help the Denver area compete in the global marketplace, Mayor Hancock is also working to establish an Aerotropolis, which is estimated to create more than 30,000 new jobs over the next 20 years. Â

BLACK ENTERPRISE spoke with the mayor about the city’s procurement practices and his plans to provide economic stimulus for the city. Here’s what he had to say:

BlackEnterprise.com: How do you feel the city is progressing with regards to its minority contracting standpoint?

What are you looking to do to increase those numbers?

So 2-3 weeks ago I signed into law two ordinances and one executive order. The first ordinance basically lays out different techniques and strategies we’re going to use including tiered goals, team agreements, and mentor-protÃ©gÃ© efforts. Really try to engage our primes to work with our small and minority owned businesses. The second ordinance creates a strategy to expand our competition — smaller contracts are going to be used just for the M/WBE empowerment program so they get to compete for those contracts. Those are opportunities to build their capacity and gain work through the city. The executive order basically gets our values. It simply says, “If we believe that we’ve got to work with our small business, our minority and women owned businesses to get greater opportunities with our city dollars, then those primes that compete, we want to know what they’re doing in terms of diversity and inclusion before they compete for a city contract.”

I understand you have a new Patent & Trademark Office in the works that’s expected to contribute $440 million in economic benefits over the next five years. Tell me a little bit about that.

They will open in July and we’re talking about 400 employees. It will have a huge effect on Denver. You also look at the subsidiary activity that occurs around a Patent & Trademark office. We already know that there are intellectual property law firms that have moved to Denver as a result of the announcement and there are other activities and supply chain firms that are moving here because of the office.

Tell me about the plans to turn Denver International Airport into a stronger economic hub.

The Aerotropolis is more of an international trend that you see around the world. MajorÂ  airports are basically leveraging their major port — and in places like Denver, it’s the only port we have — to leverage our economic global competitiveness. So we’ll use a lot of the land to forge a more intentional economic development strategy to attract globally competitive companies and opportunities to the region. When it comes to landmass around an airport, Denver is only second in the world in size. So we believe we can create a huge attraction in the center of the United States for global companies.